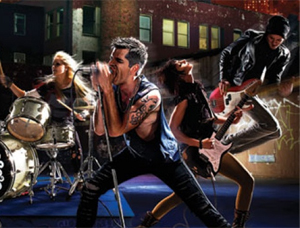 Rock Band and Dance Central developer Harmonix have confirmed a modest staff reduction right before the holidays. It cut “a small number” of jobs due to “shifting staffing priorities.”

Harmonix confirmed the news to Gamespot after it was first reported by Joystiq. They had this to say: “We can confirm that a small number of Harmonix employees were let go today. This decision was made due to shifting staffing priorities for Harmonix’s multiple future projects.”

There isn’t a specified number regarding just how many employees were let go, or what the staff count is at the studio. Harmonix is the latest to lay-off its staff following a rather troubling two years with plenty of studios shutting down. A major publisher that has also suffered from lay-offs is THQ, which officially became defunct in January of this year. More and more studios have witnessed the same fate and a huge movement towards indie development has already been apparent in the past two years, with the industry seeing a healthy surge of indie titles.

Harmonix are currently developing the Xbox-exclusive Fantasia: Music Evolved which will utilize Kinect 2.0. The release date for that game has yet to be detailed. The studio currently only has one position open for application on its site.