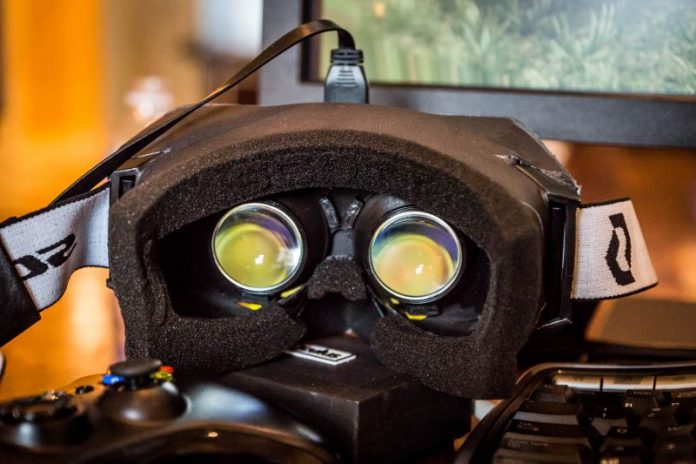 While this year has seen many people focused on the announcements of new console hardware, one small peripheral accessory that has caught my eye has been the Oculus Rift. For those not familiar, the Oculus Rift is essentially the latest device attempting to make virtual reality gaming a distinct possibility. A video showcasing the device and how it works can be found here. Now, let’s get straight into the list of 5 reasons the Oculus Rift will be great.

While slightly obvious, if you have ever tried virtual reality, it will probably have left a big impression on you. I’ve only ever touched virtual reality accessories on a handful of occasions, and I can clearly remember them all. I do believe that virtual reality can be a lot of fun, and if done as well as the Oculus Rift is trying to pull off, then it will be even more awesome. Gaming has always been about shutting yourself out from the world and delving deep into a game. With the Oculus Rift, I believe you will get a lot more joy out of your game time than you normally would. Don’t we all game for the enjoyment of it?

The Oculus Rift will undoubtedly require developer support in order for it to sell in markets. So far, the Oculus Rift seems to have been gaining favour with several developers such as the Eve Online devs, Valve and Fumito Ueda among others. While still small, it is a good start for the new device, and in time, it does look like a distinct possibility that more developers could jump on the Oculus Rift bandwagon. At the end of the day, it’s not like a lot of extra programming would be required to support the device, thus the future of the Oculus Rift is much better now compared to the last virtual reality craze.

Anyone who has played on the Wii or even the PS Move can testify that motion control can be a lot more accurate than traditional analog control. This is especially true with FPS games. With the Oculus Rift, you are provided another level of accuracy as not only will you see more visually, you can quickly aim wherever you need to with a Wii-mote like device. Even just using a normal gamepad would be more accurate, as you would only need to control your on-screen cross-hair rather than the whole camera. Seeing more visually would also allow game developers to create bigger set-pieces or better A.I. patterns that can accommodate a bigger visual field.

The biggest promise of virtual reality is to make the gamer become more immersed in the surroundings of a video game. This will benefit any genre, from FPS to RPG. Racing games would benefit too. Imagine actually feeling like you’re sitting behind a Bugatti Veyron in a racing simulator. Imagine using the Oculus Rift in Skyrim. Imagine using it in Amnesia. There are tremendous possibilities when utilising the Oculus Rift correctly, and gamers will ultimately be the ones who benefit the most.

The biggest reason why the Oculus Rift will be great is that it will simply replace the standard analog camera control. This will free up the analog stick for other uses (if a gamepad is still being utlised), and will be a lot more natural, as the Oculus Rift emulates head tracking in game. Gone will be the days when you have to adjust viewing parameters, x/y inversion or sensitivity for every game. The simple ability to replace traditional camera control, coupled together with the greater immersion you get from using the device, are the main reasons the Oculus Rift will be a great addition to the gaming world.

Do you think the Oculus Rift will live up to its potential?