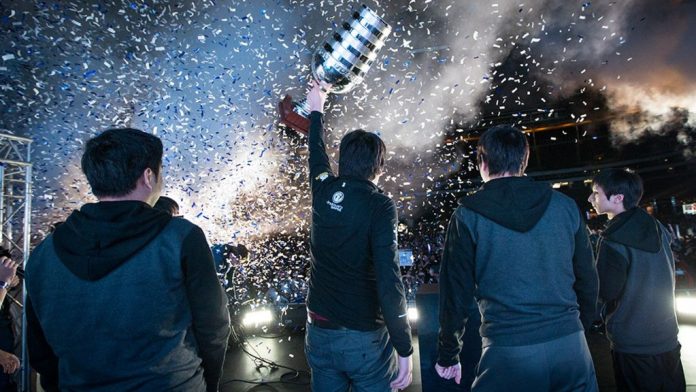 Is it really possible to earn money as a gamer?  For many gamers, it seems like a dream come try to be able to make money or even a living by playing video games.

The answer is yes!  Some gamers are able to make as much as six figures a year by gaming professionally or by working in gaming-related fields.  Gaming has grown so much as an industry that some colleges offer courses in game creation, programming, and animation skills.

Game Testing – Video Game companies are always looking for gamers to test games and their user interface. Large gaming companies such as EA Games, Ubisoft, and Blizzard will often pay gamers to test new or games in development for bugs before a game’s formal release. In addition to the money gamers make from testing, they also occasionally get to keep the games.

Monetize your Game Play on YouTube – One of the most well-known ways for gamers to earn extra money is by making player videos on websites like YouTube. Gamers on YouTube earn income on advertiser sponsorships based on the number of views generated on their pages. The key to success is less about being the best gamer but regularly uploading on a schedule, playing the hottest games, and having a compelling online persona that keeps subscribers coming back.

Create Gaming Walkthroughs & Player Guides – Walkthroughs and player guides are another way for gamers to generate extra money. If you are good at gaming and are able to play through to the end, you can help other players by giving them help when they get stuck. These player guides can then be produced as books or eBooks and sold on Amazon and gaming sites such as Killer Guides, for example. Guides for more popular games can bring $20 each or more even as e-books, so it’s possible to earn some real money. Gamers can make even more money by writing reviews on gaming blogs and video game review sites and magazines that pay for game reviews.

Other Ways to Earn Real Money Gaming – Other possible venues to earn money include online casinos or gambling websites that feature video poker, virtual slot machines and bingo games. Online bingo and gaming sites feature a wide variety of games with lots of bonuses and prizes for players. Players set aside $100 in escrow and can play 75, 80, and 90 ball bingo. Prizes awarded have totaled some $7.5 million overall, with one player earning as much as $138,000! It isn’t unusual for players to come away with a pretty good haul just for playing. Gaming can be addictive, so if you are actually gambling with real money, be sure to play responsibly so you don’t end up paying out more than you take in.

As you can see, there are still ways to make money from gaming both online as well as on the computer and gaming console. Check a few of them out or try them all and earn some extra cash on the side!