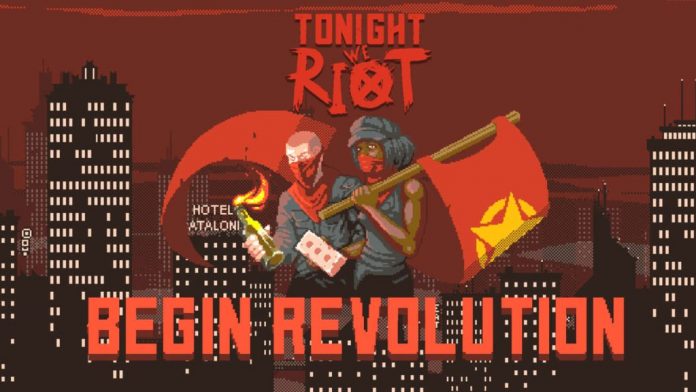 Pixelated side scrolling brawler Tonight We Riot has received its first trailer and it is as cool as we had anticipated it would be as it features Molotov cocktails, total destruction and, of course, the retro graphics that I appreciate so much.

Although the trailer came without an official release date, we certainly know it’s closer than ever and probably early 2017 is a safe estimate for the game. Talking about which, we just found out that it will feature an original Synthwave soundtrack from the artist Sixxixix. Pretty cool!

Now check out the game’s trailer below to feel a bit of the revolution and see how things will go in Tonight We Riot:

Civil unrest awaits as Tonight We Riot puts players into the role of everyday working class revolutionaries fighting against the oppression of global capitalism where the few wealthy elite dominate the world.

Can’t wait to play it!