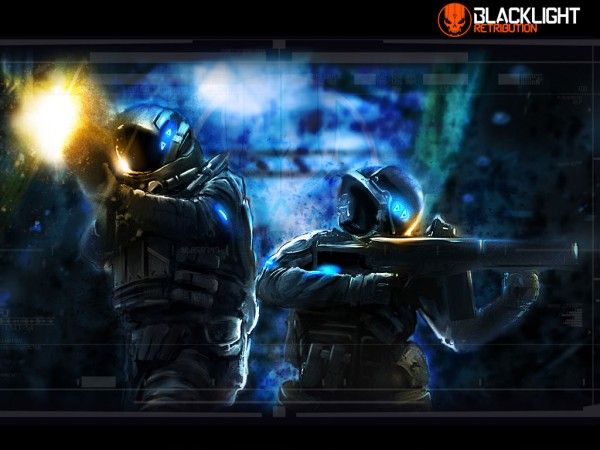 I recently downloaded a free-to-play title on Steam by the name of Blacklight: Retribution which seemed like it would be an adequate investment of my time in light of the fact that the game had received positive reviews from a number of sources which I find credible. Unlike a large multitude of gamers, however, it came to my attention that free-to-play titles support an economic model which substantially empowers paying players over non-paying. This is a topic of contention for me for much the same reason why I feel upset whenever I purchase an apple at the supermarket that looks like every other but, for some reason, is incredibly lacking in taste.

I downloaded the title with the intention of putting time into a game that I would find enjoyable even after investing a number of hours into it. To my bemusement, I found that shooting heavily armored players, who had obviously invested more money in the game than I had, was an incredibly daunting task. And with all my efforts I couldn’t muster a position any higher than 4th in all the rounds I ventured into.

Now, before I am criticized for ‘being a terrible gamer’ and ‘prostrate goon’ alike, I must first mention that I represent a very large portion of the video game industry’s market; specifically individuals who have a devout interest in games but only find 5-8 hours a week to play their favorite titles. It is in these few hours that a game of catch-up must be employed in lieu of having finished schoolwork, chores, assignments and the like to get a brief glimpse of the game I’m currently engaged in.

So, why would developers of free-to-play titles leave people like me on the side of the road despite our obvious interest in the titles they have created? Could a title not be made that allows for non-paying players to enjoy the benefits of playing with their paying counterparts and still possess the same level of intricacy and balance common to popular titles in the industry?

To add, I completely understand the underlying fact that games are created from artistic visions with the intention being to put food on these respective artists’ tables. However, if a title is provided free of charge to gamers from all walks of life, it is a travesty to have the unfortunate fate of slowly realizing that there are a number of in-game opportunities to spend your hard-earned dollars. So numerous that the game becomes unbalanced in the wake of these cleverly placed mone-grabbing mechanics.

For one, starting out in a first person shooter without having spent the initial $9.99 for the starter pack leaves you with a bare-bones player model seemingly lacking all forms of protection needed to survive close-quarters combat fit with mechs, armored goons and the like – which is to be expected – however, a system should have been put in place to cater to players like myself who tried the game out, liked it, but didn’t find it worth anything more than the initial time needed to download it.
Don’t get me wrong, I’m simply stating that I didn’t find the $10 needed to ‘start’ the title necessary to have a good time playing the game – as pressing as this may be for the developers of the title.

One title I played in recent past which fits the bill for the cheap and generous alike is Tribes: Ascend. This game brings all the benefits of having a free-to-play title while also emphasizing fun, enveloping gameplay which resonates with first-person-shooter fans the world over. With a thriving community and game mechanics that pit even the most hardcore players against their equals, it is a F2P title that tempts you to spend your money. Why? Because it achieves its goal in providing ‘fun’.

It’s the reason why I spend hours playing Angry Birds on my smart phone and why titles like Call of Duty break sales records annually. Developers shouldn’t cloak their pride and joy in a garb lined with the phrase ‘free-to-play’ only to deliver diminished game mechanics at the cost of fans who may have actually been interested in spending money on the title only to find that the game doesn’t suit their interests.