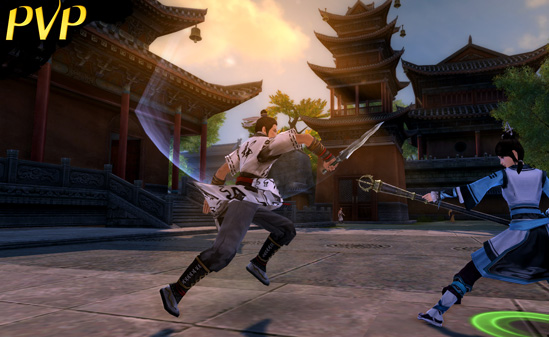 Age of Wulin: Legend of the Nine Scrolls is a free-to-play martial arts MMORPG featuring a unique “Profession” system that tasks players with giving their character one of 17 different careers; each career gives the player’s character skills they otherwise wouldn’t have. Among these professions are: Blacksmiths, who can make bladed weaponry; Tailors, who make clothing; and Chefs, who make food for themselves and other players; this is important because Age of Wulin has a hunger system that can affect how well a player does in combat, or even affect the quality of craftable items, so players will need to eat regularly.

Besides the aforementioned crafting professions, players can also choose a career in the gathering class. These include: Farmer, Fisherman, Hunter, Woodcutter, and Miner; so far there has been no word as to what perks, if any, these professions have beyond resource collection. Beyond this, are professions that fall under the category “Culture and Marketplace” which features: Beggar, which can seemingly be used in conjunction with any other profession in this category; Chess-player, a professional gambler; Scholar, who is very skilled in calligraphy: again, no word as to why this is useful; and Musician, who can use their melodies to buff the stats of all players within ear-shot.

Players do have the option of training in different professions simultaneously, so there’s no worry about getting stuck with a profession you dislike; you can experiment to see which profession suits your playstyle best, or you can work in several different professions at once. Another thing that’s interesting is that your character stays active in the game world, called Jianghu, even when you’re not playing. From the press release:

“Whenever players log out of the game, their character stays in the Jianghu and will – most likely – try to work in one of its professions. The result of this is the creation of an active and lively world.”

Age of Wulin: Legend of the Nine Scrolls is set to be released in Q1 of 2013, but you can sign up for the closed beta right now.