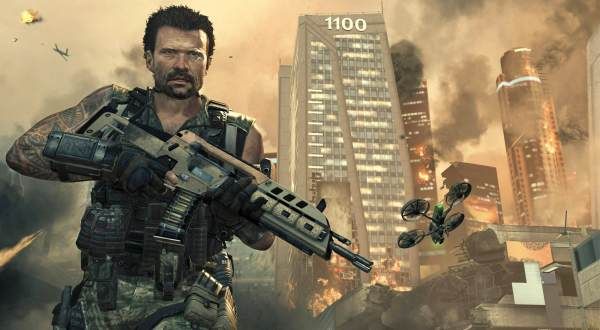 In the end, I have already told you how to get the best ending in the game, now it’s time to learn how to fix the Black Ops 2 crashes and freezes and actually be able to get it!

Black Ops Crashes during Boat Scene / Boat Intro video
Apparently, this is where most of the players get their crashes and there is no word from the developers how to fix it yet. Some people were lucky to get rid of it by updating their nVidia graphic card driver to the beta version (download it here). Another more advanced fix to the boat scene crash was reported by an user who underclocked his card until he finished the mission – others are reporting that this worked as well, so you might give it a try if the driver fix does not do the trick.

One of our readers, Jesse, found another workaround: turning the game from full screen mode to windowed (at least for the duration of the mission) fixes the problem!

Apparently, all the players reporting crashes and freezes are using a GTX 570 or GTX 580 graphics card… it might be a coincidence, it might not…

For PC users, try to restart Steam to let apply any late minute hot fix. Also, it’s worth trying to check out the game’s integrity by right clicking the game, selecting Properties – Local Files and “Verify Integrity of Game Cache”.

There are also some crash fixes suggested by Treyarch themselves on the official forums:

– If the game crashes in the Lobby, it might be because it has Nuketwon in it (and if you don’t, it will crash). In this case, just join a different lobby.
– Try to manually run the following two installers (after you exit Steam):

\Steamapps\Common\Call of Duty Black Ops II\redist\vcredist_x86.exe
\Steamapps\Common\Call of Duty Black Ops II\redist\DirectX\dxsetup.exe
Restart Steam and the game should no longer crash.
– Some crashes, as in other cases, were reported by users who did have issues with their sound card drivers. So make sure that your sound card drivers are up to date and that you don’t have active both the on board and PCI sound card.

If Black Ops 2 fails to launch or freezes during launch, here is what to try:

1. Make sure that you install all the components of the game (including singleplayer and zombies and, of course, multiplayer). Restart the game and it should work
2. Make sure that you are not trying to run the game on Win XP. Unfortunately, Black Ops 2 doesn’t support it
3. Make sure that your drivers are updated, especially the graphic card driver (check the link above for the download of the beta drivers)

Many users, especially those who have bought the PS3 version of the game are reporting that their game constantly freezes. Unfortunately, there seems to be no fix for this right now (although if you have freezing problems with your game on a PC, you can try all the suggested tricks above), but Activision and Treyarch are promising an 1.03 update or patch that will fix these problems. Hopefully, the update will come soon.

And right now these are the tips and tricks I have to share with you to fix the Black Ops 2 crashes and freezes. If you have any other problems or, even better, some solution on how to fix these problems, let us know in the comment section below!