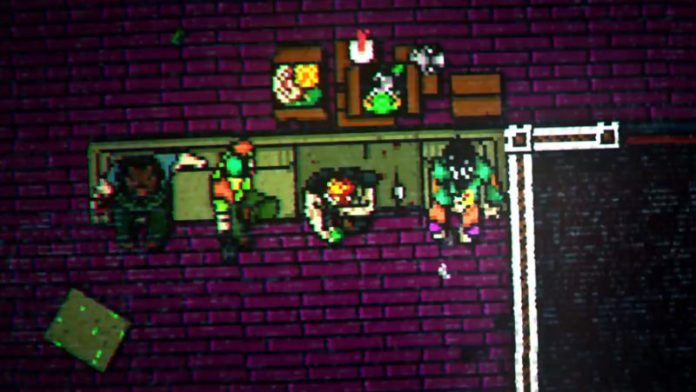 The follow up to last year’s Hotline Miami has today been announced by publisher Devolver Digital, along with a teaser trailer. The game is going by the title Hotline Miami 2: Wrong Number

From the looks of things, the same pixel art style will be in place, along with the brutal dismemberments and slashing of stomachs that pervaded the first game.

It sounds like Hotline Miami 2 will be taking the violence to heart, with an “escalating level of violence.” This time the targets of your attacks are a group of factions that sprung up following your dismemberment of a Russian gang in the first title.

Hotline Miami 2 will again be featuring the trippy neon colours of the first title, along with more songs to make up a new soundtrack that will complement your violent acts.

As with the last game, your grip on reality will start to slip as you progress through the story. This time around however, the story will reach a definite end, with Hotline Miami 2 being described as the “finale” to the conflict from the first title.