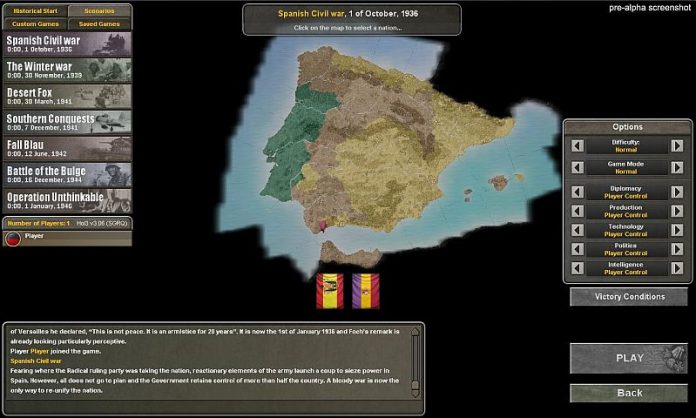 Although there are fans of the series who would like to hear that a Hearts of Iron IV game has been announced, Paradox decided to release a brand new expansion for Hearts of Iron III, Their Finest Hour.

There is no exact release date set for Their Finest Hour, but Paradox did say that the expansion will arrive “later this year”. Here are the details about the upcoming release:

– Expanded espionage system with new and reworked missions, including new covert operations that can be performed on the map.
– New ‘battle plans’ mode where you can load historical plans, or draw your own and share with your allies in real-time in multiplayer games.
– New unique elite units for each major nation’s army – Gurkhas, Rangers, Imperial Guards etc.
– Deeper naval invasions system including the development of specialized landing and assault crafts to improve the effectiveness of your assault.
– More detailed control over strategic warfare and a generalized lend-lease system to support your distant allies with your industrial might.
– Leaders are now able to gain traits, and assigning them to duty is more important than ever with the new combat tactics system for battles.
– A new custom game mode for both single and multiplayer. You start with a clean slate and can instantly produce units, research technologies and affect political alignment before the game begins. This allows you to model interesting ‘what-if’ scenarios and speeds up the early years for those who would like to jump straight into the action with no slow build-up.
– Two new detailed battle scenarios, the Russo-Finnish Winter War and the Spanish Civil War

OK, this does sound nice, but please give us Hearts of Iron IV! We’ve waited enough!