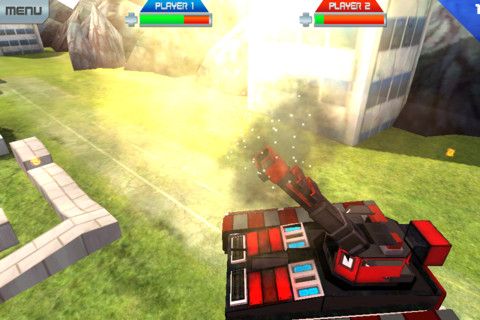 Indie developers Different Methods have just released their turn based strategy game Tanktical to the App Store. Available on iPad and iPhone, Tanktical promises to deliver an amazing pass and play game experience and the best part is that you can get the game for free!

Like most iOS games, Tanktical is a game that doesn’t take itself too seriously and focuses more on the social aspects of play. Players compete against each other, each with a single tank, attempting to eliminate their enemy. The face to face aspect of the this game helps build tension and brings out the fight or flight instinct in all. Due to the turn base nature of the game, players can develop and adapt their strategy as the game progresses, whether that be stealthy in nature or a full frontal assault.

If you are curious and you want to give the free to play Tanktical game a try, head over to the App Store right now and download the game!