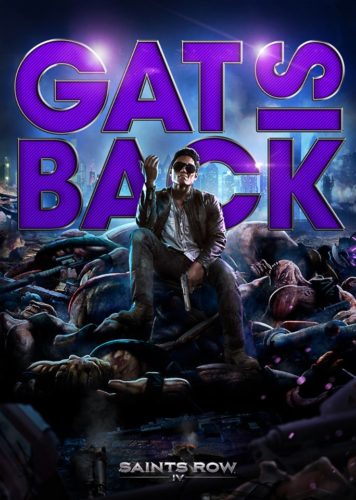 After the death of 3rd Street Saint sociopath Johnny Gat during the first 5-10 minutes of Saints Row the 3rd (Spoiler warning: Johnny Gat dies in Saints Row the 3rd), some fans have felt that the Saints Row franchise lost its way as the game went from ground in reality sandbox game with equal amounts of context, challenge, and fun in exchange for sheer kookiness.

But now Gat is Back for Saints Row 4 ideally as the killer lieutenant he was among the 3rd Street Saints. The kookiness is still prevalent with the player playing as President of the United States who has to use his superpowers to take on aliens in a Matrix-like virtual world (you know, just like the ground in reality we all love). Perhaps Gat is back courtesy of the virtual world as are Maero and DJ Veteran Child; a couple of key enemies from Saints Row 2 that the player killed who happened for be voiced by Michael Dorn and Neil Patrick Harris.

How this all-star video game cast of allies & enemies plays out during Saints Row 4 will be seen August 20 when Saints Row 4 is out for PS3, XBox 360, and PC.