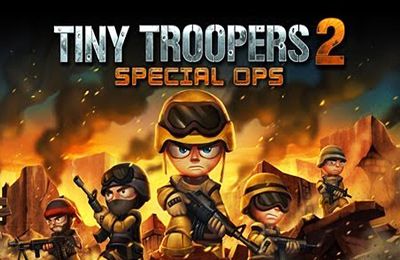 Tiny Troopers 2: Special Ops is a fun little real time strategy game where you lead titular troopers through various wartime missions, and kill anyone & anything that isn’t dressed as you. For a limited time, game publisher Chillingo is offering Tiny Troopers 2 for free on the App Store.

Featuring a variety of weapons, uniforms, and Murphy’s Laws of Combat, Tiny Troopers 2 uses a simple tap to move & shoot interface to get your troops through their missions, earn promotions, and save the free world. All in all, it’s a fun game at a great bargain.

Chillingo has also updated its hit game Snoopy Coaster to include a beach setting and Charlie Brown’s little sister Sally. And The Last Driver has received new missions in its latest update.