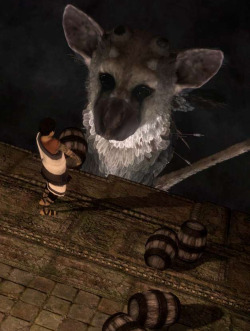 Fumito Ueda, the man behind Studio Japan’s and Team Ico’s Shadow of the Colossus and Ico is well aware of the unacceptable long wait his fans had, and still have to endure for The Last Guardian to finally hit store shelves. The game was announced back in 2009 and has been in development for over half a decade. But the game has yet to see the light of day. In this year alone, fans and the media alike have received a handful of updates for the game, both good and bad.

Right after Sony’s E3 press conference President and CEO of Sony Computer Entertainment Jack Tretton revealed that the game was put on hiatus. A couple of months after, President of Sony’s Worldwide Studios Shuhei Yoshida revealed that the development for the game is well underway and that it was never put on hiatus in the first place. It was just that Studio Japan’s Knack and Puppeteer were taking precedence over the game.

Ueda, in an interview with Edge, explained that maintaining motivation for his team for all these years hasn’t been easy and that he’s truly sorry to his fans.

“Putting aside the short-term output, more than anything I feel terribly sorry that for various reasons I have kept my audience waiting for such a long time.

“Maintaining motivation is all about producing something great. A hobby or alcohol might help to refresh you temporarily, but they won’t motivate creativity. Also, the original staff members on Ico and SOTC are just as fussy over details as I am. I always want to create quickly, and I always want to increase the rate of production. In the case of The Last Guardian, my creative work was mostly finished a long time ago, but the details of when, where and how it will be completed are beyond my control.”

Ueda also briefly discussed his decision to leave Sony and Team Ico in 2011. He couldn’t offer up an easy explanation.

“It’s difficult to explain, but in a nutshell it was because I felt a sense of crisis within myself about a lot of things. It’s hard to [say exactly what], but in terms of my own growth and career and so on.”

Yoshida gave us a subtle update regarding the game back at Spike TV’s PS4 preview launch event. He stated that the game “looks pretty”, and that it is alive and well.