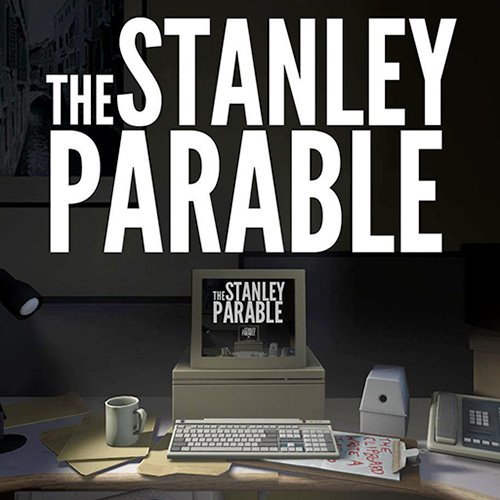 This may well be an overly pretentious way to start an article or, with any luck, a series of articles. Particularly one of the first I am writing for something other than my own personal amusement, but this English Literature degree has to be worth something, right?

With that in mind, it was Will Eisner, when discussing the reasoning behind why early Comic Books and Graphic Novels were not being taken as seriously, as a medium for narrative exploration, as perhaps more standardised Literature, Art or Music, whom said that ‘Unless Comics address subjects of great moment, how can they hope for serious intellectual review. Great artwork alone is not enough’.

But even then, what would one define as ‘subjects of great moment’? Because anything I can think of, that I would say is actually worth the title, has already been covered in at least one video game and, yet, still the genre isn’t thought in the same classification as Art, Music or Literature (which I shall hereafter call the ‘Big Three’, cos’ I’m imaginative like that). They have explored the horror of the World Wars (Call of Duty), the inherent racism of humanity (The Witcher, Dragon Age) and the dangers of hero-worship (Spec Ops: The Line), amongst a thousand other topics which I would certainly call ‘Subjects of Great Moment’.

The most common comparison that I tend to draw, when arguing with either my lecturers, or my fellow students, is Alan Moore and Dave Gibbons’ The Watchmen. Certainly, this was one of the ‘Graphic Novels’ which, if not enabled, at least started the format on the pathway to respectability. It was, for those of you whom have never read it, somewhat of a parody of the ‘Superhero’ comic, introducing the idea of the Super-Hero to the ‘real’ world, and I still find myself wondering, ‘where is the video game version of The Watchmen?’. I don’t mean that literally, of course, because that already happened when the movie adaptation was released, but instead, where is the game that will allow the media to be taken seriously, to the extent that the Big Three are? And has it already been released, whether by some unknown Indie developer, or a Mainstream company that covered it with so much glitz and glamour that we let it pass by unnoticed?

These are questions to which it certainly appears there is no definitive answer. A recent entry into the role was The Stanley Parable, a title which I absolutely loved but it acts as almost the opposite to Eisner’s statement, if we do believe it can be related to a more Interactive Media. The title, (I am nervous about calling The Stanley Parable a ‘game’, instead it is more like an ‘experience’), certainly addressed what I believe to be ‘a subject of great moment’ in that it evaluated the role of the player and character, the role of the Narrative and the narrator as a character, it challenges the player to think about what they are doing, and even tells them that the only way to win the game is to quit. But, one could certainly argue, it sacrificed a great deal of gameplay to do it.

I feel terrible saying that, especially seeing as I am such a huge fan of this title, but it does not really strike me as a game which, despite the thousands of people who dived onto the title on the PC, would sell well on consoles, especially the next generation. Now, that made be unfair, but I cannot imagine the larger audience of mainstream Gamers experiencing The Stanley Parable. Despite the shortness of the title, it lacks the instant gratification that seems to act as a trademark of a larger proportion of modern video games.

The Stanley Parable is an example of a narrative concept taken to its extreme and, as a result, has removed all mechanics except for the most basic. Now, I do not necessarily believe that to be a bad thing and, I’m sure, increased mechanics would simply interfere with the narrative, but then does that not defeat the point of writing such a narrative, in such an interactive media? It is as though the interactivity has been stripped from the mechanics, in order to provide an interactive narrative.

Is that really the cost of creating a narrative that actually makes the player uncertain? It is true that the game having been originally developed as a Half-Life 2 Mod, as opposed to an original ‘game’ in its own right, will have had an effect on the minimalist style of the title, but they could have easily maintained some of the Half-Life action we all know and love. Even something as simple as a physics problem, or even a goddamn jumping puzzle, would have given us a simple base to go on, but no. The only puzzle in the game is: ‘What are you going to do?’

I realise I have been yammering on about The Stanley Parable for a long time now, especially seeing as this is merely a suggestion, but I feel that it is certainly an important point in ‘Gaming History’. It is the first game I can think of which actually involves the player, whilst making them feel as though their choices are the most, and least, significant aspects of the world that the ‘Narrator’ has developed for Stanley. The player, if that is indeed the most accurate description of the person behind the keyboard’ can follow his story, and be rewarded with a brief glimpse of the outside world.

However, even this offers an interesting train of thought or, at least, one interesting to me, being the nerd that I am. When you do emerge out of the facility, and into the too-perfect world, you lose control of Stanley. He walks without your influence, admiring the sky and the vibrant greenery without you moving the mouse. Which has me thinking, what if the character you actually control is either the facility itself controlling Stanley, or the amazingly voice narrator? What if the entire experience is simply a dialogue between yourself and, well, yourself? The narrator represents your own, innate desires in the title, and disobeying his commands is simply a way of rebelling against yourself?

Obviously writing too many English Literature essays over the recent weeks have warped my mind, so that I’m reading too much into such a short, if complicated, narrative. It makes me wonder, what happens if we do treat all games like this? If we do read too much into, and begin to draw out these aspects that, before now, have simply been overlooked as the whims of the developer? Well, what is literature but the whims of the writer, music but the whim of the musician and art but the whim of the artist? And, seeing as games require these three roles, amongst a multitude of others, should they not have, at least, triple the amount of content worth serious discussion, if not literary evaluation?

Anyone would be able to tell me how biased I am and, to be perfectly honest, they would be right, but does a sense of bias instantly mean there is no truth to the idea? I am certain that, as another format of media, games are more than capable of being taken as serious ‘literary’ texts. It took Comic Books a while, and it is going to take a while, with the sheer amount of bad press the format receives in the media (thank you very much, GTA V’s gratuitous torture scene), but there is definitely hope for the gaming industry to be taken as a medium for serious narrative exploration.