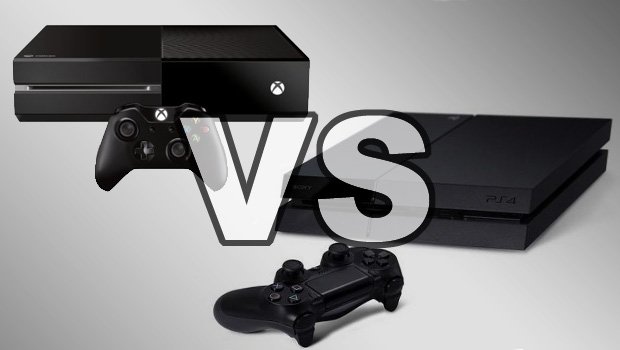 With the release of both the Playstation 4 and the Xbox ONE imminent there has been a lot of information and speculation flying around about the performance of both machines with both consoles being underwhelming and disappointing in some cases. The PS4 seems to have the edge over the Xbox ONE for the moment, although the games we have seen have not been fully optimised or designed for the new systems, it still does measure up to the quality that pc gamers are used to. Graphics obviously are something that gamers will always appreciate, we all can appreciate a beautiful looking game that runs perfectly, how much will this actually affect the consoles in the long run?

The Wii is a prime example that the performance of a machine is not the most important factor when it comes to the general consumer. It had it selling point and although the motion controls were regarded as gimmicks by most gamers that did not stop the system selling extremely well for the first few years of its life. However it also shows that if the console is not up to a certain standard then it will suffer when developers have to make sub-standard versions of their games and most people purchase the big multi-platform releases on another console for a better experience.

The Playstation 4, to the delight of “core gamers”, is focusing in the main on creating the best games console it can. Now although that does appeal to your main target market, if you can’t take significant strides forward and offer them bigger and better games then most will simply not upgrade and stick to what they are currently playing on until you give them a reason to upgrade. Most of the exclusives we have seen have are not reaching the same level as what is capable on PC and the games that will be available on both show that the PC version is superior. So far the list of exclusive the PS4 has to offer has been underwhelming for the most part and with a high focus on the games, steps need to be taken to ensure that they have a good adoption rate.
Microsoft seems to be taking a slightly different approach with the Xbox One, trying to create and all-in-one entertainment centre (even if that is the reason behind the name they surely could have thought of something better than that). This as a business decision may sound perfect. If you control the living room, if everyone is watching films and TV and playing games on your system, you will become the platform everyone wants their content on. However this approach has the side effect of alienating your main demographic, the gamers. As we seen after the Xbox ONE was first announced, Microsoft tried to implement a huge amount of systems and mostly anti-consumer changes all of which were going the affect the gamers using the system. They quickly changed the vast majority of these changes after they realised Sony was not going to do the same and that a large portion of the target market would simply move over to the PS4.

However with more focus now being put on the games, the performance of the Xbox ONE has come under a large amount of scrutiny. Exclusives are not what we would expect from so called next gen machines and multi-platform games under perform compared the PS4 version, not to mention PC. The Xbox does have the better line up of exclusives however which should make up for being slightly down on the PS4 in pure performance.

The saving grace for Microsoft may actually be the thing most gamers (including me) were up in arms about when it was first announced. With more apps available and with more options for movies, music and TV than the PS4 with more on the way, despite being technically being the more superior machine, it may appeal to the general consumer who is on the fence on which to buy. This will come down to how it is marketed and if they can justify to people they should do everything on this ONE machine instead of the multiple they already have, but if they can do that, they may be able to have a huge amount of success in the long run.

Both consoles may improve in the future. The initial year or two will be centred on the games and how both consoles perform, with each small difference ridiculed and analysed. Once the dust settles it will be time for each consoles features to take centre stage to try and sell (or convert) people who may be looking for the new high tech piece of kit.

The real problem with them is will they be able to keep up the improvements pc gaming seems to take year after year. Both systems seems to be struggling now but how much of that is down to the fact these are the initial launch games? Is the hardware going to last? Will “The Cloud” make up for any lack of initial performance? Can they produce the games that are a significant step forward? Will they appeal to the general consumer? We will just have to wait and see. If the Wii taught us one thing it’s that games consoles are evolving and performance is not the biggest asset a games console has. It can be so much more than that. If it was we would all be play on PC.