Even though Interplay might not win a legal battle against Bethesda to develop a Fallout MMO game, the developers are already hard at work with the game and the first set of screenshots have just been spotted over the internet. It hasn’t been officially confirmed that the batch of screenshots is for real – and if you are to look close enough, you’ll see that they look a lot like a cartooned Fallout 3. But, hey, it’s a Fallout game we’re talking about, after all!

However, until the Fallout MMO hits our computers is still a long time – Bethesda are not only trying to stop Interplay from creating the massively multiplayer online game stating that the developers began work a bit too late, but they’re also suing the parents of Fallout for recently releasing a bundle titled “Fallout Trilogy”, offering the first three titles (Fallout, Fallout 2 and the Fallout 2 expansion) and considered to be misleading (yes, one would be tempted to believe that it’s Fallout 1, 2 and 3 they’re getting.

Either way, the three screenshots are here and it’s up for you to believe if they’re from the Fallout MMO project or not. At least until some kind of official statement arrives to blast away the fog.

So, if these screenshots were real… what would you have to say – love them or hate them? 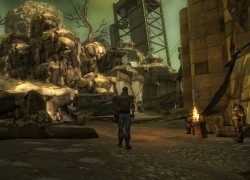 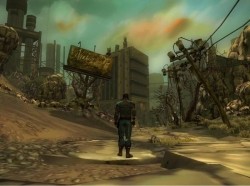