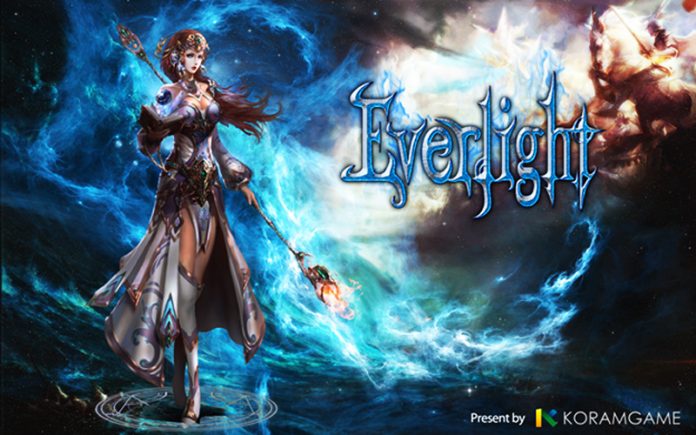 Everlight is an action browser-based MMORPG released by KoramGame in the past February 28th. This game offers innumerous gameplay utilities, making the game very confusing overall and the supposed action in battle is largely controlled by artificial intelligent mechanisms – auto-quest and auto-fight are two of the main reasons why Everlight’s action is simply a written tale that resembles an automated story, where player’s intercession is done occasionally. Customization is also a mirage; characters only differ from class to class, meaning the world of Everlight is filled with replicas. The plot is very generic too, players start as descendants of the Deity of War and Wisdom and are summoned by an unknown Goodness to serve as fighters in an upcoming war against the undead. The graphics are only 2D and for a freshly released game, I think players expected more than a rudimentary style. Finally, this game is unplayable for European players, having a standard ping of 500 can be everything but entertaining, even for an automated title.

Icons and buttons is what Everlight has the most, perhaps it’s a psychological trick to overcome the lack of quality (the game has many features so it’s a good one for sure)? At level 35, players face a packed interface with around 40 buttons, where each one of them has multiple sub-sections inside. This way, it can take several days to fully learn all in game functions. There is a small tutorial at the beginning of the game that explains Everlight’s basics but there are many fields that you need to explore yourself. However, this game has special events and casual button pop ups, so you can expect an even more crowded interface. With so many buttons around, it’s rather confusing to play, you need to search deeply to find what you’re looking for and sometimes you’re not even sure where’s the subsection you accessed last time.

As in every modern MMORPG, questing is the most viable way to level up your character. Grinding can work too since Everlight has an auto battle function, however the experience rate is much lower compared to quest’s rewards. Basically, leveling up is very easy from level one to level 34, once you reach this level, for some reason it takes several quests to reach level 35, from then on your journey slows down drastically. But the real question is, how do you actually level? There’s no real science in clicking, this is Everlight’s core, to click around and let the game play by itself. With an auto-questing, auto-path and auto-battle systems, the real challenge is all about accepting and completing quests as fast as possible. You have an auto pot system too, meaning your character will automatically drink to restore health/mana as it pleases; dying isn’t a problem.

Features: Pets, Mounts, Skills and Others

Seems it’s very common to insert companion pets in flash games now a days, this is another example of this tendency. Everlight presents endless possibilities to build pets and mounts: leveling up, learning specific skills, evolving to higher beings and enchanting attributes are some of the many more things you’re able to do with your animal buddies.

There are not many skills in each class, however there’s a transformation skill that empowers you character for a short time; passives and legion’s skills are a possibility too.

This KoramGame title offers the typical professions as in most RPG’s, alchemy is an option. Trophies and status levels exist in abundance – reputation, honor and public proficiency are mere examples. Gift and reward features are very common too; lottery, pack and aim are part of this section. Probably the only notable function in this game is the horoscope system in which you can pick the most suitable rank and level up some passives to boost your class’s performance in battle.

Overall, the game has a poor development; quantity content is clearly the objective in this title. There are endless features available; however the content’s quality isn’t exactly the best. The server seems to be very unstable too; sometimes I have 200 ping, another times it scaled to 800, making it impossible to actually play. For an action gaming piece, it totally lacks it; I mean, where is the action when the game plays alone by itself?