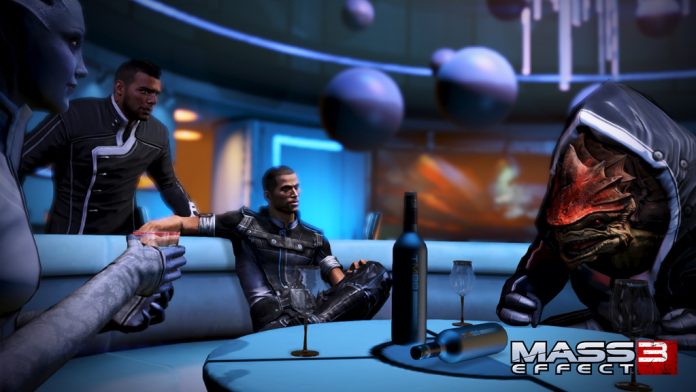 The final downloadable content for Mass Effect 3, featuring the Citadel has been released yesterday. BioWare’s Chris Priestly hinted that this last expansion would have a relevant social fragment by announcing the Citadel’s synopsis in BioWare’s forums. What was a mere speculation became a reality with the release. Mass Effect 3: Citadel DLC is mostly about a friendly social gathering, where players assuming Commander Shepard’s role can throw an epic party and have fun with every crew member who is still alive in the story. There’s action too, your main mission is to eliminate an imposter who’s trying to steal Commander Shepard’s position; competition is a common treat amongst the best.

There are mainly two parts in this DLC. In the first one, players have to eliminate a fearless rival who is threatening Commander’s Shepard position. In order to unveil the truth, players must go through battles at several points of the city such as the Council Achieves. During this set of missions, players will be able to fight alongside with old squad mates, as well as the cast from the original Mass Effect and Mass Effect 2. The action terminates with a final boss, who is fairly strong; taking it down can be slightly difficult. 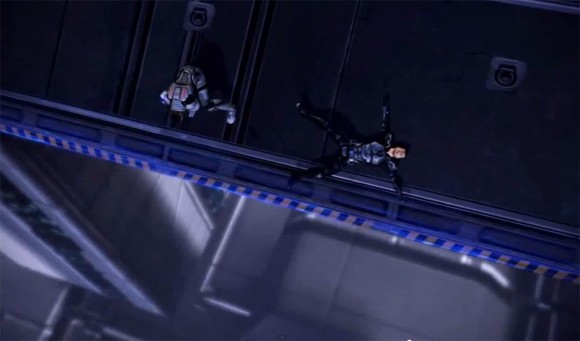 The second episode is mostly a farewell to the series, as so Commander Shepard becomes a social paladin and invites all the protagonists of the series to a party hosted at his/her Citadel’s apartment. During the gathering, players can watch interactions between characters and interact themselves by engaging conversations and taking sides on social events. In my opinion, creating this happy and humorous ending is a gift from BioWare to all the fans; after all it’s a goodbye to all the characters; the story; the relations that have been built across the years. As Chris Priestly states: “Mass Effect 3: Citadel offers one final chance to see the characters you have known for years and rekindle romances.”

There’s numerous customization options relating the party, you can decide who to invite or who to leave out, if you wish a quiet or energetic ambient, you can influence other character’s behavior too by encouraging them to get drunk, for example. Dynamic events can be seen along the party, as characters move along from group conversations to group drinking and dancing. 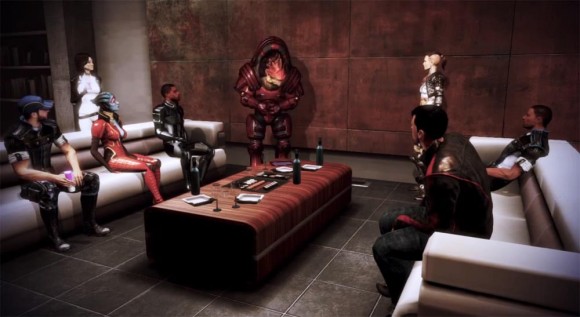 Once again, your actions in previous games will be able to affect how characters act and react during it. Also, for some reason some characters have a deeper focus or extended conversations than others, possibly it’s related to the relationship type that has been developed with Commander Shepard during the three games. Nevertheless, players have an opportunity to hear everyone’s voice one last time.

This social event can be quite obnoxious for action lovers, however for Mass Effect fans this is an absolute remnant moment.