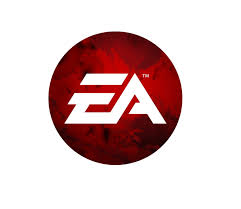 Electronic Arts are apparently working on around ‘six to eight’ brand new games, according to their head of games.

In an interview with MCV, Patrick Soderlund was quick to refute the notion that EA does not do enough work on creating new game series. He said: “We have six to eight completely new IPs in the works. The day we stop making new IP is when we go onto life support. We need to incubate new ideas and push creative boundaries.”

The current line-up EA includes a number of sequels, from Need to Speed and FIFA to Battlefield and The Sims, along with the only known new IP being Titanfall on Microsoft gaming systems.

Soderlund pointed out that whilst this may seem the case he nodded to their recent announcement at E3 of Mirror’s Edge 2, a sequel to the 2008 parkour platformer. Whilst he admitted this was not a new IP, he said: “It is a revival done in a new way.” We will have to wait and see just how different the sequel will be.

He also noted that EA will be getting their first crack of the whip at the Star Wars: Battlefront series, after announcing the long awaited second sequel, again at this year’s E3 conference. To which he said: “We are developing Star Wars Battlefront, which to us is a new IP, even though it isn’t technically.”

For these two sequels there is no confirmed release date for either, but expect these to come out on Next Gen consoles. What the other IP’s being worked on are anybody’s guess, but it wouldn’t hurt to see some new game series enter the fray.