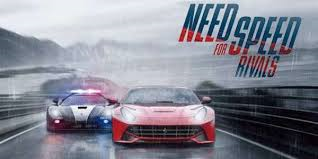 The Need for Speed series will no longer be developed by Hot Pursuit and Most Wanted developer Criterion, or The Run developer Black Box as it is revealed EA Ghosts will be taking over the franchise.  They will begin with the development of the upcoming Need for Speed: Rivals.

In an interview with VideoGamer, Executive Producer Marcus Nilsson says the move is to ensure a sense of ‘continuity’ to the franchise.

He said: “It cannot go from black to white between Black Box and Criterion, and that’s why we’re now thinking about the brand as Ghost owns it,” adding “”We’re going to build it, we’re going to build it on Frostbite 3, [and] people will see something they are familiar with every time we release the game. And I think that is the core basis of building a brand; that people know what to expect.”

Nilsson believes the move is needed to ensure a sense of consistency in the series as to avoid “confusion” and of “losing credibility” with purists. “When you go from a Shift experience to The Run experience to a Hot Pursuit experience, then it loses credibility. I think we now have the work of re-establishing that credibility with building the brand. You know, it’s still a really strong brand, absolutely. We just need to make sure people know what to expect when they get it, and Rivals is absolutely the first step toward that.”

EA has confirmed his statement that Ghost is taking control of the franchise from now on. Need for Speed: Rivals will be released on Xbox 360 and PS3 on 22nd November, with the Xbox One and PS4 versions without a release date.