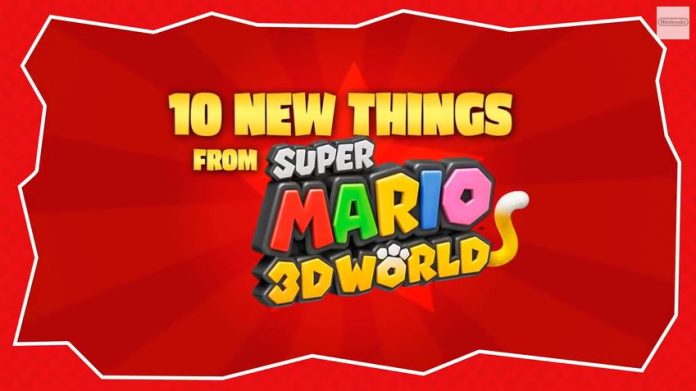 Trailers are supposed to be something that we all usually enjoy. They should build up the right amount of hype, and make us excited for upcoming video game releases. They should act as a reminder that the games we almost had forgotten about are still around. They come in all shapes and forms. Sometimes they are a CG video teasing us about the setting and story in a game – at other times they show lots of fantastic gameplay. So how come – when we should be exited – some trailers just turn us off instead, when they should build up the hype inside us?

When we (the fans) watch a trailer, we want to be excited about playing the game that it is about. While this usually happens the first or second time that we watch a trailer, sometimes it can just become to much. Take Super Mario 3D World for example. The following trailer was shown during the previous episode of Nintendo Direct:

What is wrong with this? – you might ask. This trailer shows off 10 main features of the game. These features are almost only stuff that can (and should) be discovered in game. But Nintendo had to go and tell us all of it in a trailer. Of course, one can choose not to watch this trailer – but would you? After sitting through a whole Nintendo Direct, with excitement that something meaningful new (that is not a spoiler) could be told about a game that you are super excited about – you probably will watch it automatically. A trailer should NEVER unveil the fifth hidden playable character in a game.

Sometimes there are way to many trailers released for a game. Need For Speed: Rivals has had 8 different trailers since it’s initial announcement. These trailers were released sometime between the period of 05/23/2013 – 11/14/2013. That is more than one new trailer per month counted from May. By the 7th trailer I would think that we already know that the game is coming and just wants to see it put into our hands. At some point more hype just can’t be built.

Developers – I understand that you want to show of new features of your games at a solid pace. I mean, you want those sales. But those 8 trailers can be scaled down to 4 and the game can still remain in our hearts. Also some things (like secret characters) – should be up to the players themselves to discover. It is more fun that way.

Not every trailer have these problems. At the end of the day, I thoroughly enjoy many of these “hype builders”. Sometimes I just think it becomes a bit ridiculous. What do you think? Can trailers spoil to much? And can we have to many of them for one single game?