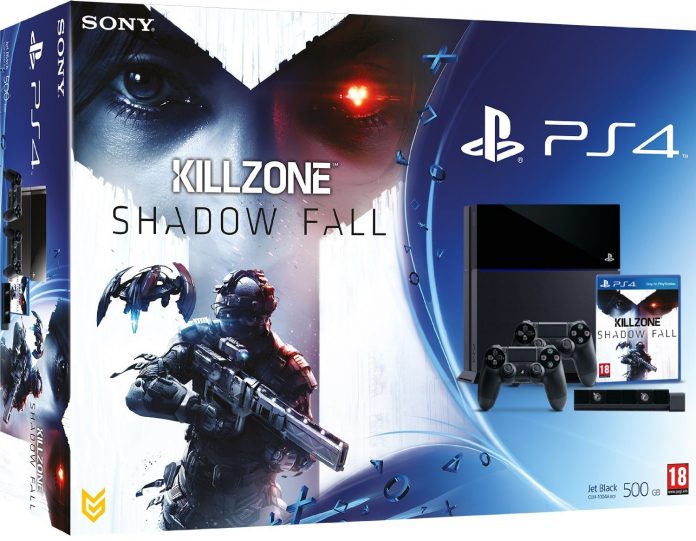 Microsoft’s biggest announcement coming out of Gamescom was arguably the Fifa 14 Xbox One bundle Europe will be getting for pre-order. EA and Microsoft had partnered up offering a free copy of the next Fifa title with every Xbox One pre-order. The total package would cost 500 pounds, or Euros. It seems Sony is readying their own amazing offer with a newly announced Killzone: Shadow Fall bundle.

While the bundle hasn’t been formally announced, it was leaked through Amazon France. The bundle offers two PS4 dual shock controllers, a PS Eye camera, Killzone: Shadow Fall, and the actual 500gb console itself. It seems that Sony had just recently readied this bundle in response to Microsoft’s Fifa 14 offerings.

The bundle will only come out in Europe it seems like, if speculations were to be believed. Back in June, at E3 2013, Sony had revealed they had no intention of packaging the PS Eye with the PS4. The price point, which is hundred dollars cheaper than the Xbox One, didn’t allow Sony to pack the PS Eye with the console and controller. The Eye retails at $59.99 as a stand alone peripheral device.

Sony had also made recent remarks regarding the Fifa 14 bundle as something “odd”. That they don’t see a point in doing something like this and that it is a lost cause for Microsoft to compete in Europe. Sony, it seems, took the Fifa 14 bundle a lot more seriously. Which bundle would be the better deal? It is up to gamers to decide. But I fancy myself getting that PS4 bundle. You can’t beat two controllers and a game for only $100.

There has yet to be any official word from Sony.