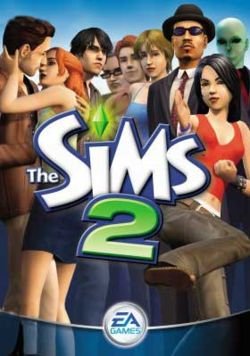 In a move that surprised everyone, EA decided to release The Sims 2 and all of its expansion packs free of charge until the end of July. Fresh off of their recent hinting at a subscription fee, EA decided to provide The Sims 2: Ultimate Edition on their Origin platform through the activation code “I-LOVE-THE-SIMS”  which is widely considered to be the pinnacle of the series.

The Sims 2 was the title that moved the series into 3D, and widely considered an outright improvement over the critically acclaimed first title, something that is very hard to accomplish. The Sims 2 holds up to this day with its modding capabilities and various neighborhoods to explore with specific storylines for each one. Sims 3 added more visually appealing features, but Sims 2 offered so much more and remained a freely modified experience up to this day. There’s enough in this game to keep one coming back for more even 10 years later, and if you’ve never played The Sims 2, you owe it to yourself to try it out at least once.

It came about in a simpler time when the only thing people were angry about was Valve’s decision to bundle Half-Life 2 and Steam together. Certainly a simpler time with little to no social media around, things have changed for better or for worse. If anything, The Sims 2 offers a peek into what the pinnacle of the series played like with all the attachments added later up until the sequel. It also acts as the last amazing game Maxis would develop before their plunge into uneasiness when the Will Wright developed Spore released just a few years later, introducing to the world at large the DRM scare on top of being just a tad bit disappointing. The Sims 4 is set to release in just a few short months, so giving a game like The Sims 2 a try is a great idea, and it’s free so there’s almost no excuses (besides the fact that it’s through Origin).