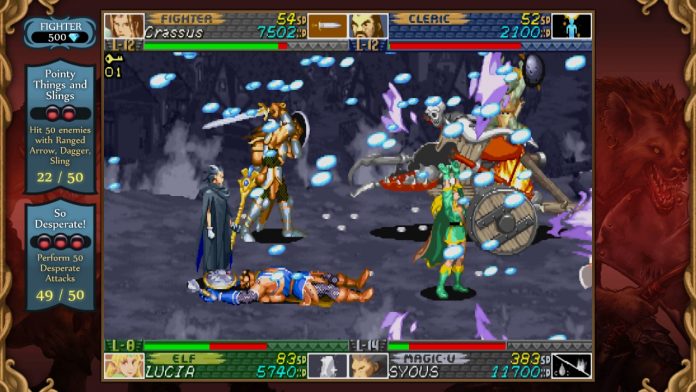 Capcom announces that this beat-em-up release will be making its way to the Ps3, Xbox 360, PC and Wii U. The collection combines the 1993 classic Tower of Doom along with its improved sequel, 1996′s Shadow Over Mystara in one single package. These games were bundled before in 1999 on the Japanese Sega Saturn in the Dungeons & Dragons Collection, but this is the first time the titles will be made available to Western console gamers. Both games rely on the premise that the player chooses one of four D&D archetypes and adventures through the land of Mystara.

This new port will also include some new features such as:

Look for the game on XBLA June 19th, PSN and PC on June 18th, and Wii U shortly after that.