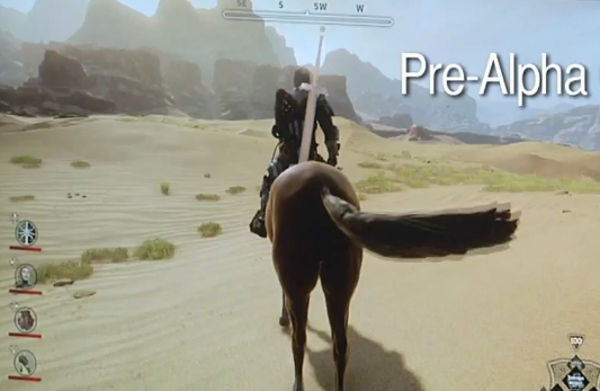 Game Informer have released a video teasing some of the changes that Bioware have made to the world and gameplay of Dragon Age: Inquisition.

Unlike previous titles in the series, players apparently will not merely be in charge of a small band of companions. Rather, they are in charge of the titular Inquisition, which is intended to grow as the player does.

The organisation is formed during the “chaos” surrounding the beginning of the game. The Inquisition will be an independent party from the Chantry, and as it grows in power it will stand “in opposition” to the more conservative parts of Dragon Age’s world.

The video also briefly shows off this world, which stands to be much more open in a matter comparable to Baldur’s Gate. According to the developers, this open world has also benefited by the shift to the Frostbite 3 engine, with players having more “agency.”

Horse riding is shown off in the video as one way that the player can move around the world.

Dragon Age: Inquisition will launch in 2014.