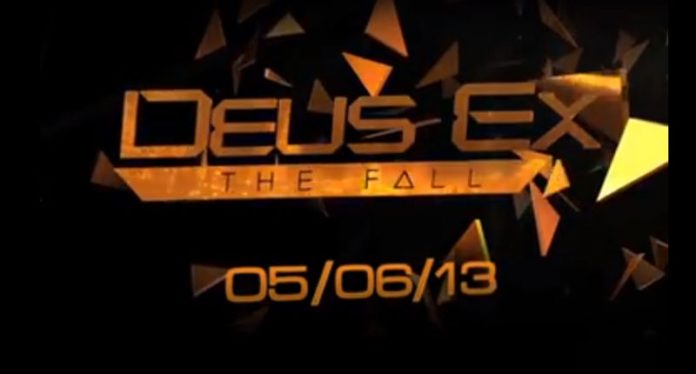 In a move that seems to be increasing in popularity amongst publishers, Eidos Montreal today released a teaser for an announcement for Deus Ex: The Fall. According to the trailer, the real announcement will be on the fifth of June.

The incredibly short teaser comes after Eidos registered the Deus Ex: The Fall trademark back in March.

Given the timing of the announcement, it seems likely that some information will be put out in a few days time, with more comprehensive details and gameplay footage being shown a week later at E3.

Aside from the trailer, no information is known about Deus Ex: The Fall. Presumably it’s a sequel to Human Revolution, slotting into the interim time between HR and the original Deus Ex. By the time of the first Deus Ex, the mechanical augmentations of Human Revolution were all but obsolete, replaced by more effective nano augmentations. As such, the titular “Fall” could be referring to the creation of the first nano augmentations and the slow phasing out of the older models.

Hopefully we’ll find out for sure on the fifth of June.