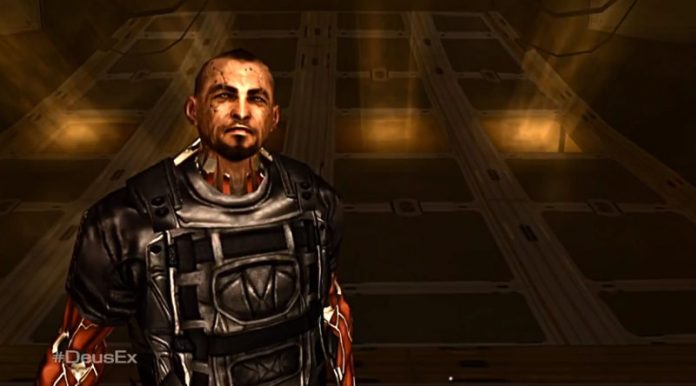 Following a teaser earlier this week, Eidos-Montreal have lifted the curtain on Deus Ex: The Fall. It’s going to be an iOS exclusive, available on both iPhone and iPad, and will be a spinoff of Human Revolution instead of a fully fledged sequel.

The Fall is set in 2027, the same year as Human Revolution, but instead follows the story of one Ben Saxon, an augmented agent with a past as an SAS agent. The story of The Fall follows on from a Deus Ex book titled Icarus Effect, with the end of the novel leading almost directly into the game.

According to JF, the game’s Executive Director and David Anfossi, the Executive Producer, The Fall is intended to “fully retain the Deus Ex experience,” with players able to choose from augmentations both old and new.

However, the pair also stated that the game is intended to be as “simple to play as possible.” This has lead to a great degree of outrage amongst fans of Human Revolution, many of whom fear that the title will lose a lot of its complexity in order to properly work on mobile systems.