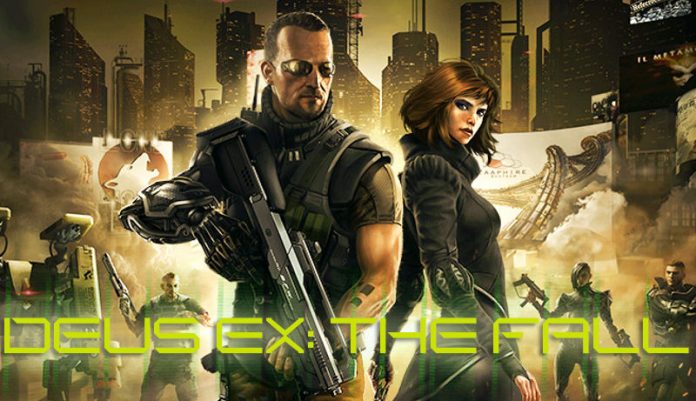 Square Enix have announced that Deus Ex: The Fall will be available on iOS devices from the 11th of July.

The Fall was announced last month to negative reception from Deus Ex fans. Many of them were dissapointed at the company’s decision to make The Fall a mobile game instead of focusing on a new PC Deus Ex title.

Despite this, The Fall received acclaim at E3, receiving seven “Best Mobile/iOS Game” awards. The Fall will also apparently have a “full story driven RPG” in keeping with 2011’s Human Revolution, which was very popular with the Deux Ex fanbase.

Whether or not this will be enough to offset the initial negative reception among Deus Ex fans still remains to be seen however. Given that the game is launching at the relatively pricey $6.99 USD (£4.99/5.99€), it likely won’t get a huge pick up from casual mobile users, meaning that Square Enix will be relying on the apparently disinterested fanbase to pick up game sales.

Deus Ex: The Fall will run on iPad 2 and above, iPhone 4S and above and iTouch 5 and above.