Earlier this year I wrote a list of my personal Top Ten Games of 2012; coming in at number six was the wonderfully charming indie title about “rectangles and friendship”, Thomas Was Alone. It’s really hard to comprehend just how much a game like this manages to completely flip the notion of game narratives on its head. If nothing else, Thomas Was Alone should be held up as a glorifying example that fancy graphics and a large budget do not automatically equate to a meaningful experience. Even though the characters are just rectangles of different dimensions, Thomas Was Alone stands as one of 2012’s most emotional titles, and this is from a year that birthed both That Game Company’s Journey, and Telltale’s The Walking Dead. Games like these need as much exposure as they can get, which is why I’m happy to report that it was announced earlier today that Thomas Was Alone will be making its way to both the PS3 and the PS Vita this spring. 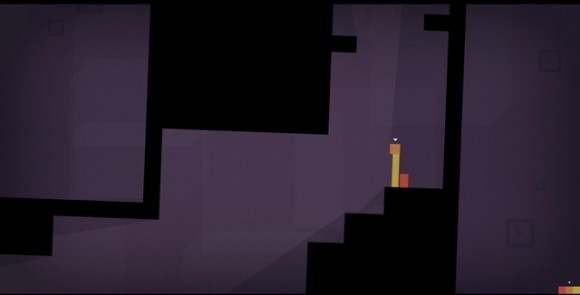 Mike Bithell, the visionary behind Thomas Was Alone, announced this morning on the official PlayStation Blog that his critically acclaimed indie hit would be making rounds on PSN with cross-buy; that is, buy either the PS3 or the Vita version and get the other free. No word yet on what the price will be, but if the listing on Steam is anything to go by, it will be around $10. In his post, Bithell also indicated that there would be a “…new timed exclusive DLC prologue about a square who is given a jetpack” as well as developer commentary and the ability to switch characters using the Vita’s touchscreen. Bithell didn’t mention a specific date for the game’s PSN debut, only going so far as to say the “…game is coming to a console near you, very, very soon.”

Even though I already own the Steam version of the game, I’m glad to see that it will be heading to PSN where it can reach a wider audience. Seemingly, this is merely one of many titles Sony will be adding to its online service; with the recent announcement of the PlayStation 4’s greater focus on indie developers and small studios, we may soon see a whole host of lesser known PC titles hitting PSN. The more the merrier I say!