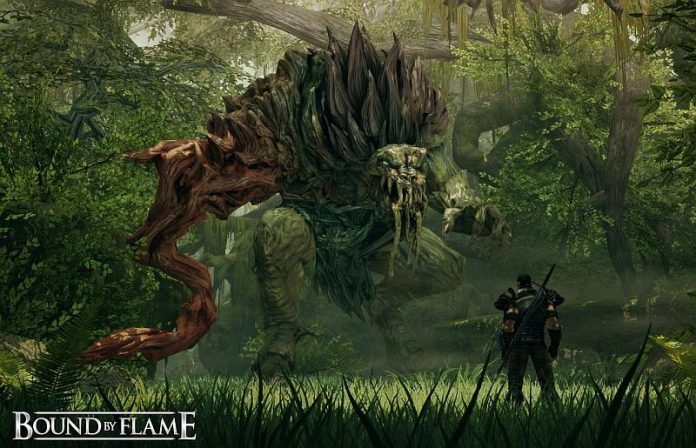 Focus Home Interactive(Cities XL 2012) and Spider Studio (Feary: Legends of Avalon) have just revealed the fruit of their collaborative work — Bound by flame — as it’s called has been in development for months now and is said to be released at the very end of 2013.

Key feature of this set in dark fantasy action/RPG is the protagonist — a mercenary who has been possessed by a flame demon. Now he has to face the choice whether he wishes struggle such an evil force by developing his heroic talents or give up part of his soul in exchange for power that will help him overcome increasingly dangerous obstacles.

As character»s soul changes so will his physical appearance — the body of mercenary will directly reflect the demon»s influence over him. What is more, player’s choices will also alter the story as subsequent chapters will offer different scenarios depending on the level of corruption of the main hero.

The game is supposed to be heavily oriented on real time, dynamic combat with spectacular creatures such as: shadow dragons, liches, undead or swamp beast (visible on screenshot). To defeat them mercenary will have to develop his fighting capabilities through three different skill trees: combat, fire magic and assassination.

Other features of the game include:
— freedom of choice in creation and customization of the main hero
— crafting system allowing the player to create and modify equipment
— presence of companions with whom protagonist will develop different relationships like: friendship, romance, rivalry.