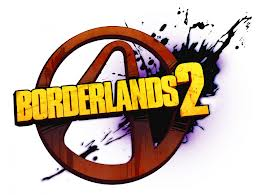 Gearbox has announced a new piece of DLC which will see the Borderlands 2 level cap rise once again, meaning players will be battling to reach the top dog level of 72.

The Ultimate Vault Hunter Upgrade Pack 2, priced at $5, will also include the Digistruct Peak Challenge. This adds an hour long segment of gameplay set in a Crimson Raider training ground, which will see players battling a wide array of Borderlands 2 enemies.

Gearbox has promised that as the level continues, the original spawns, types, numbers and locations of enemies will be ‘static’ before being replaced with ‘an element of randomness’ as your level increases to keep players on their toes.

The pack will also see the introduction of ‘Overpower’ levels. This is a system that will see both enemy levels rise above the top level 72. As they say, the greater the risk, the greater the reward as players will be awarded with higher level loot. You will still be capped out at level 72, but with eight ‘Overpower’ levels available to unlock will see you battling enemies up to level 80 and above. The equipment you gain from these enemies will still be useable by your character, even if it is a higher level.

Gearbox said the purpose of these new levels was a way to give players a challenge and allow higher level players to enjoy the game without being able to max out the skill tree the game has to offer.

The Ultimate Vault Hunter Upgrade Pack 2 is set for a release date of September 3rd.