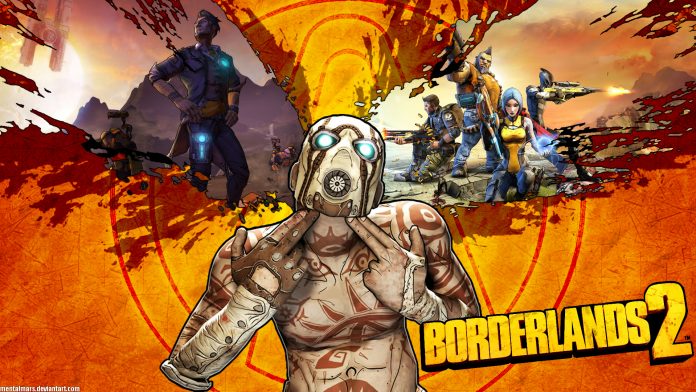 Gearbox announced at PAX Australia that Borderlands 2 will get a new DLC pack in the fall. The Ultimate Vault Hunter Upgrade Pack 2 will add the Digistruct Peak Challenge map and it will also bump the level cap to 72, all for about $5. This looks to be a very good deal for anyone that is looking to upgrade their character another 11 levels as well as anyone who wants more exploration out of the game.

OXM studio head Randy Pitchford stated that “two or three” additional “Headhunter Packs” for Borderlands 2 are also on the way, beginning with T.K. Baha’s Bloody Harvest, bringing back the character last seen in Borderlands 1’s Zombie Island of Dr. Ned DLC, T.K. Baha. This DLC will send gamers to fight Jaques O’Lantern, a giant pumpkin boss who will give new character customizations. None of this DLC is included in the Season Pass, but is expected to launch by Halloween.

Also, Gearbox will also be releasing more character heads and skins later into the year, which will arrive “within two or three weeks,” including a set of themed heads related to Tiny Tina’s Assault on Dragon Keep. Gearbox says that more details will be revealed in the coming weeks. Gearbox will host its next Community Day for fans on September 14th, which will stream online, so expect more information by then.