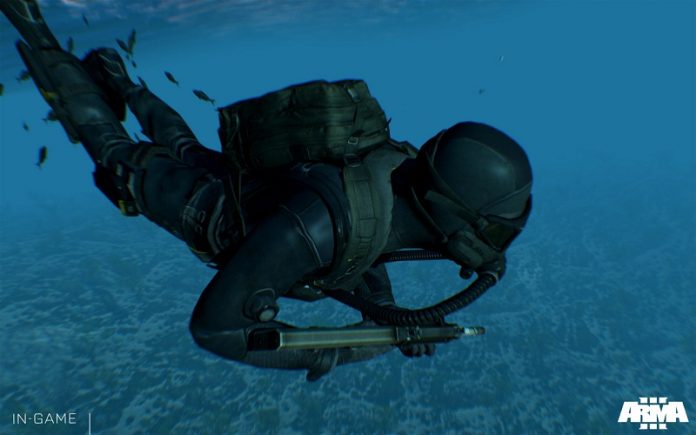 Today Bohemia Interactive released a post regarding the the testing of their upcoming game ARMA 3.

From March 5th, gamers will be able to play an Alpha version of the game in order to provide feedback on the game’s development. This version of the game features four showcase missions and a small selection the vehicles and weapons that will be in the full game. In addition, players will have access to two multiplayer scenarios, as well as the full scenario editor and modding power of Arma 3. The Alpha will be updated over the year and will be open to players until the Beta version of the game is released sometime in Q2 of this year.

Jay Crowe, Co-Creative Developer for Arma 3, is hopeful that the Alpha will allow the dev team to put Arma 3 “on the right track towards improving performance [and] stability,” which will lead to a “robust final release”. Jay also notes that early access to Arma 3 will enable players to begin work on mods and custom scenarios, meaning that there will be sizable amount of community content available when the game is officially released.

Players can gain access to the Alpha through a payment of $33 USD on the official site. Buying the Alpha will give access to the eventual beta, as well as a copy of the final game when it is released in Q3 of 2013. Bohemia Interactive will also be distributing a limited number of free Alpha Lite keys to give people a chance to trial the game. However, the Lite Version will not include mod support or any multiplayer scenarios. Owners of Lite will also not be given access to the Beta or Full versions of the game.

To check out the official announcement, visit this link.