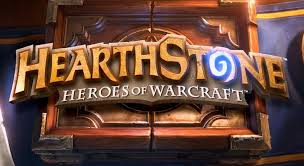 Blizzard has announced that Hearthstone: Heroes of Warcraft, an addictive collectable card game, will be getting some more tweaks before it gets it official release.

There are two cards affected by changes: Tinkmaster Overspark and Nat Pagle.

Tinkmaster has now received a buff, raising it from a 2/2 to a 3/3, but also has a change to its Battlecry, which now reads: Transform another random minion into a 5/5 Devilsaur or a 1/1 Squirrel.

Nat Pagle has also been tweaked, the card now reading: At the start of your turn, you have a 50% chance to draw an extra card. Previously, Nat had the chance to draw a card at the end of his turn. Blizzard stated the chance was introduced to make him easier to counter.

The biggest change being implemented introduces a change to the Ranked Play system. The change means that you will get bonus stars at the start of each season, based on how well you did in the previous one.
Before, at the end of every month player’s levels were reset to zero, meaning newer players had a very good chance of going up against an experienced player, resulting in the newer players getting dominated straight away.

Instead of this, players who are obtain Legend, Innkeeper (Rank 1), or Black Knight (Rank 2) will start the next season at Questing Adventurer (Rank 16) rather than Angry Chicken (Rank 25), allowing the newer players to be kept apart from those with experience in the game.

A full release of the game is not yet known, however Blizzard wrote on their site that: “The release of Hearthstone is on the horizon, and we have a couple of additional changes to certain cards we feel it is necessary to implement before the game goes live.

As we’ve stated, we plan to make very few card changes when the game goes live, and we will only make changes to cards if they are absolutely necessary. Making these changes now will ensure a more balanced state of the overall game into release.”