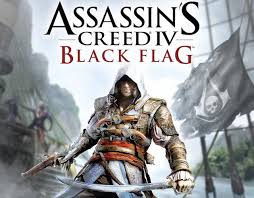 Assassin’s Creed fans will not have to wait quite so long to get their next fix, after Ubisoft announced the release date for Assassin’s Creed IV: Black Flag on the Xbox 360 and PlayStation 3 will be released earlier than stated in Europe.

The game had been given a European release date of 1st November, however the current gen version will now hit the shores on Tuesday 29th October. This brings the date in line with the US release, meaning PS3 and Xbox 360 gamers can all have their buccaneering fun on the same day.

The other consoles awaiting the game will still have to wait though, with the PC, PlayStation 4, Xbox One and Wii U versions still being released in Europe on 22nd November, despite the fact the PlayStation 4 is not released in the UK until the 29th November.

As well as this information, Ubisoft have released a new trailer showing the life of the latest character to take the lead in the Assassin’s Creed series Edward Kenway, allowing you to know a little bit more about him before you start delivering your hidden blades to your unsuspecting foes.

Black Flag is seeing a number of changes from previous games, whilst the obvious one is the change to a pirate adventure, Ubisoft have said that they have sorted the problem with ‘one hit killing’ every enemy.

In a Ubisoft blog post, Game Director Ashraf Ismail is quoted as saying that throwing tougher enemies at the player was something Assassin’s Creed could not do, with everything being a potential one hit kill. The solution to this was the ability to control Edward Kenway’s ship, the Jackdaw.

He explains that you need to upgrade this ship to continue within the game, as patrolling ‘Man of War’ ships can destroy you in two hits at the start of the game.

Ismail promised that this progression system is embedded naturally into the game, and therefore creates a much more fun experience than the usual collectible based activities. He noted that you could spend “two hours going to this place and that place and killing this guy and attacking this ship.” All in attempts to raise the level of your cannons. “It’s so natural. I think that’s one of the coolest things we have in the game.”

How much are you looking forward to Black Flag? Which time period would you like to see Assassin’s Creed go to next?