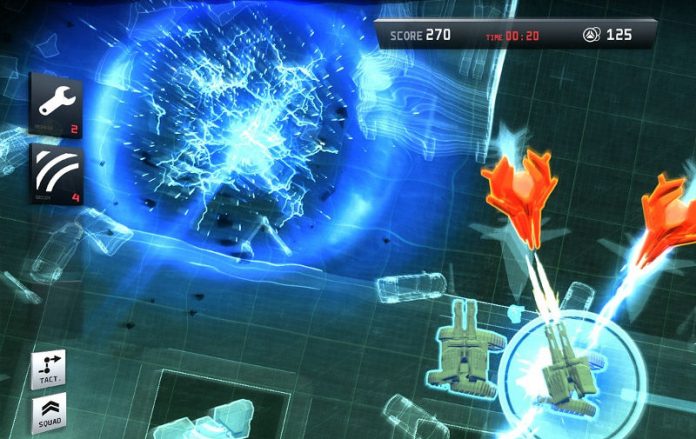 Developers 11 Bit Studios have announced that Anomaly 2, the sequel to 2011’s Anomaly: Warzone Earth is now available for preorder at a 10% discount.

Anomaly 2 is intended to build on the “tower offense” gameplay of the first title. Players will still take the role of a commander unit who must move a train of units past enemy towers, destroying them as they go. However now the various tanks under the players command are able to transform into a mech with different abilities from its vehicle form. This transformation based strategy can be seen in the game’s preorder trailer:

The trailer shows an Earth with a very small human population, inhabited mostly by scavengers and alien machines. This forms the setting of the singleplayer campaign, which takes place after a devastating alien attack. In Anomaly 2, player decisions will also have an impact on the game, leading to a range of endings.

Unlike the first game, Anomaly 2 will also feature a multiplayer mode, with one player taking control of the alien turrets with traditional tower defense gameplay. The other player must then try to breach the alien defenses with their commander. In order to better facilitate this mode, 11 Bit Studios have included another copy of the game with the preorder. An upside of this promotional move is that you can split the purchase with a friend, with both of you getting a copy of the game for half price.

Anomaly 2 is currently slated for a May 15 release date.