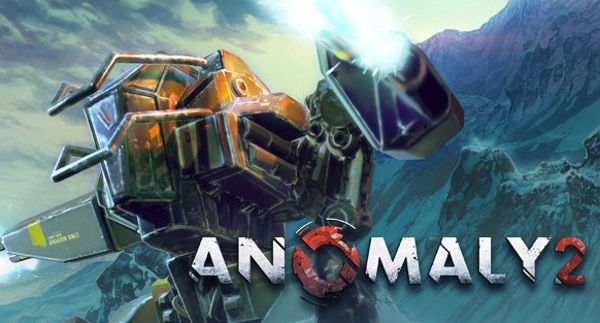 Upon launching the first mission of Anomaly 2, there’s an immediate sense of familiarity. From the gung ho voices of the soldiers in my squad, to the angular shape of alien towers, Anomaly 2 appears to be following in the footsteps of its genre defying predecessor.

And indeed, at their cores, the two games are near identical. The same route system is present ; choose the direction your squad turns at each intersection and then watch as the tanks and APCs roll out, bullets and rockets flying in the direction of the alien enemy.

Once the strategic path has been set out, you move an ant sized commander around with your mouse, popping down decoys and repair beacons in a mad scramble to stop your squad from exploding into pieces. 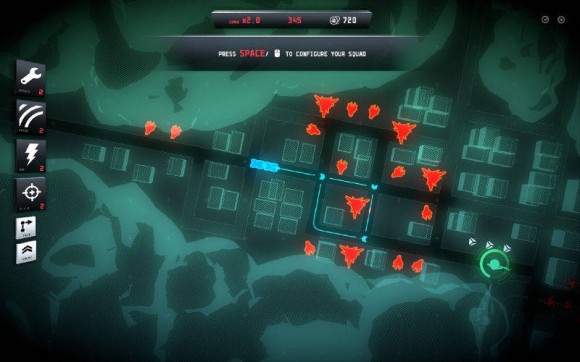 With a bit of luck and skill, you’re rewarded with satisfying sounding explosions that glitter with blue light, throwing alien fragments, and more importantly, cash into the air. This money can then be used to purchase additional vehicles for your squad, or alternatively  you can upgrade the existing ones, boosting firepower and HP.

This of course will sound very familiar to fans of Anomaly: Warzone Earth, but to give credit where it’s due, Anomaly 2 does also make some changes to the formula it rewrote with the first title.

These changes certainly don’t come in the plot, which feels a lot like a rehash of the original. Aliens invade, the humans  are nearly wiped out, then develop a way to stop them before assaulting the final base while taking fire from an immense alien boss weapon. 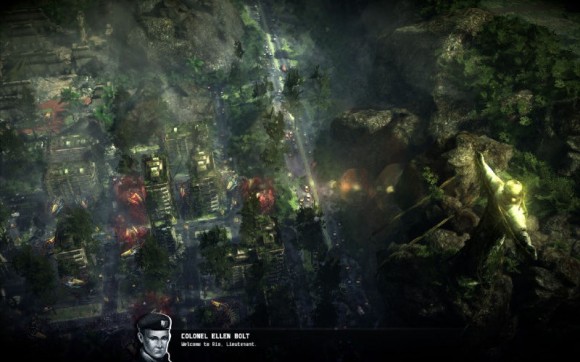 What differs however, is the locale. Anomaly 2 sees battles taking place in both barren ice plains and green jungles near Rio. In both environments the aesthetics do a great job conveying a sense of the complete absence of humans, with ruined buildings and an overgrown Christ the Redeemer.

Fighting through these areas also comes with some changes. While most of the early story levels are much the same as Anomaly: Warzone Earth, the later stages have almost a minigame vibe, with unique mechanics that are fun to play around with, but also require careful thinking to utilise effectively.

This, combined with a few new enemy tower types that are highy effective against certain vehichles, forces a more varied troop lineup. This makes for more interesting play, but at the same time it can create frustrating spikes in difficulty, with certain tower sections requiring multiple restarts to successfully pass. For the most part however, the difficulty is challenging but not ball breakingly so.

Vehicles have received a bit of an overhaul in the form of a transform mechanic that allows you to change any vehicle to a mech or back with a simple double click. This equips them with a new weapon loudout suited for different conditions, and in theory this should encourage the player to make the most of their options. 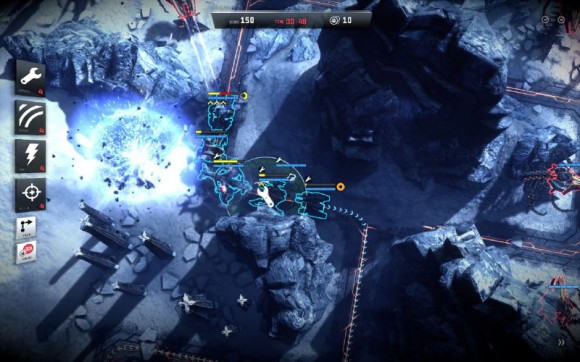 In practise however, very few of the transformations are useful, and generally it’s far more efficient to leave units in one mode. Combined with the small number of vehicles and the recycling of both tower and squad types from the previous game, there’s a definite feel that you’ve done it all before.

This isn’t helped by the “hoo rahs” of the soldiers in your squad, whose complaints about the sky falling in and myriad jokes begin to grate on the nerves as they’re repeated ad infinitum.  Another issue is the textures, which, especially in the ice tundra, can look rather dated at times.

While the singleplayer campaign isn’t as innovative as the first Anomaly title, multiplayer is another kettle of fish.

One player controls the aliens in more traditional tower defense style, erecting turrets to hold back the advance back the enemy’s squad. Unlike in the campaign, towers and vehicles are at first limited by tech levels, preventing the aliens from simply spamming the more powerful towers at the start. 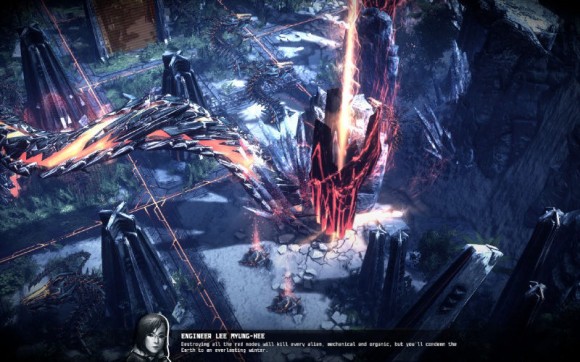 Playing as the aliens is rather fiddly at first, as some of the placement controls don’t seem to work correctly, and it’s a bit of a hassle to make multiple towers face the same way. Once I was able to wrap by head around these controls however, I found myself having rather a lot of fun.

In contrast to stock standard games of the same genre, playing as the aliens isn’t just a passive process of placing towers on a route and hoping they finish off your enemy. Rather, you have to constantly second guess how your opponent is going to move, while at the same time using abilities in real time to buff up your towers.

Unfortunately there are only four multiplayer maps at the moment, but given the large number of routes that the squad can opt to take, I didn’t feel starved for content in this regard.

Anomaly 2 is a solid game, but one that lacks the raw innovation of the original. Diehard fans of Warzone Earth should be happy knowing that the core of the game is the same, and players new to the franchise would be better to buy this game than the predecessor. Single player missions offer an improved experience and the multiplayer adds a fair amount of replayability.

However if you thought that the first game was okay,  the decision is a bit more difficult. If you’d like to try out an improved another campaign and dabble in multiplayer then it’s worth the cost, but if you were looking for something that was as groundbreaking as the original Anomaly, you’re better off looking elsewhere.