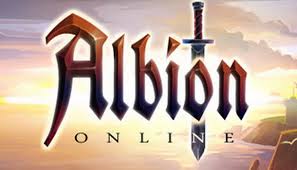 The upcoming cross-platform MMO, Albion Online, will have a dynamic and classless level up system, unveiled Sandbox Interactive today. Instead of levels, players will be able to “earn small perks ad bonuses over a period of time by performing actions based on what their character is learning.” This unique system will be known as the Destiny Board and as the name indicates it allows players to fully customize their characters. David Salz, technical director at Sandbox Interactive, explained how this upcoming feature will forge unique heroes:

The Destiny Board was designed to give players some direction in a world in which there are no levels. Though players are not relying on a traditional level-up system, they are still able to plan their own Destiny in the world of Albion, and become their own unique hero.

The Destiny Board will introduce a classless level-up system based on three main branches, PvE, PvP and Casual. Depending on the three path chosen by players there will be different unlockable bonuses to acquire, “which will help players design and support their own play style”, explained the company. Therefore, this system is even more complex. In the center of the Destiny Board, there will be all the items in the game, meaning that players can preview and decide which ones they want to unlock to wear or craft in the near future.Finally, in the lower part of the Destiny Board, players can find everything related to the buildings in Albion Online.