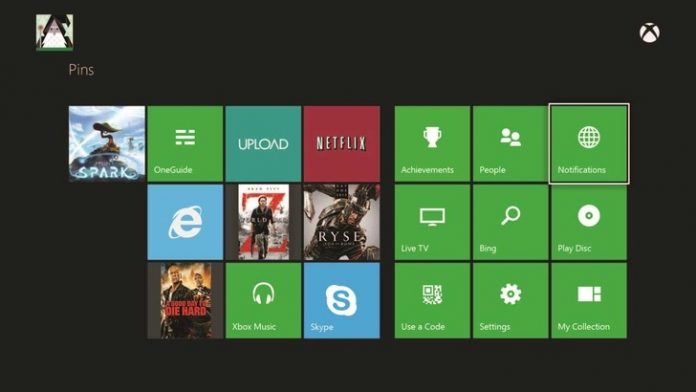 Microsoft has given a walkthrough of the dashboard for the Xbox One. This is at the moment, incomplete, however there are a number of key features of it.

Perhaps one of the best features it seems to provide is the ability to have six people logged in on Xbox One at the same time. Because you can no longer physically put your profile onto another console via a memory unit or USB stick, you just need your Microsoft ID and password and it will download for you.

As has been noted previously by Microsoft, Kinect will recognise you though your voice and when you pick up the gamepad. This leads to another fascinating addition that whoever give a command to Kinect (say, for example: Xbox, load FIFA 14) will have their version of the game loaded, complete with their save files.

The Xbox also has an IR blaster, think of it as a universal remote activated through the voice. This allows you to change not only the basics such as volume settings, but you can also command it to record, wherein the console will record and, given permission, upload the last 30 seconds of on screen gameplay.

Another new feature is the Twitter-esque ability to ‘follow’ people on Xbox, allowing you to see what they’re playing, and their Gamerscore. This comes on top of an increased Friends List capacity which now reaches 1000, and is the same as the current ‘Friends List’ system on 360.

I have to say that whilst on the surface it seems like familiar territory, the new dashboard really pulls out all the stops. It seems like it will be a superb achievement as long as it all works properly.

[Thanks to Pocket Lint and Videogamer for the coverage]