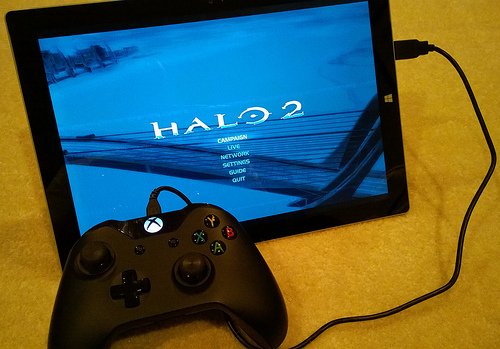 Xbox’s Major Nelson announced that Microsoft has released drivers that will allow PC gamers to use Xbox One controllers for gaming. Available for download at majornelson.com, the controller will also be able to connect to a Microsoft Surface tablet for gaming purposes.

“We know our fans have wanted PC compatibility, and we know they wanted to be able to use the Xbox One controller with the same games and applications they have been playing with using the Xbox 360 controller,” Nelson wrote on his blog. “We can’t wait for them to play their favorite PC games with what we consider the best controller ever made”.

The news gives PC gamers a chance to try out the new and improved Xbox controller with new features such as the rumble function in the controller’s triggers, new d-pad design, and a redesigned battery placement that does not interfere with hand placement. This is another step in the right direction for Microsoft and their refocused commitment toward their gaming audience.

There is a downside to this news, and a feeling that I personally have been wondering since the Xbox 360 days. If the Xbox One controller is now compatible with PC, and more games are being announced for PC that were previously Xbox One exclusives, will there be a good reason to own an Xbox One in the next few years? Time will tell, and with E3 a mere three days away, that question may have an answer.