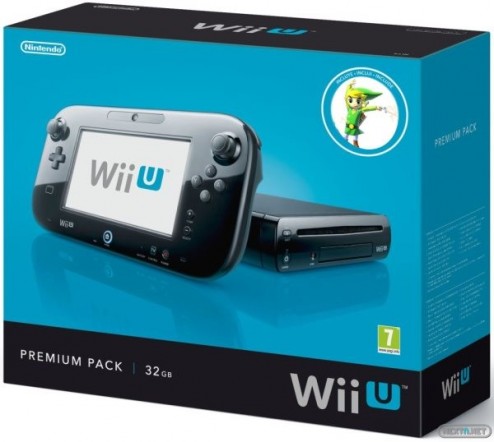 Nintendo doesn’t seem ready to lack behind the competition just yet. They have shown their full desire to compete against the PS4 and Xbox One by announcing a price drop for the Wii U. Beginning on September 20 the Wii U deluxe model will be marked down for a $299.99 price point, a $50 difference between the original price which is $349.99. The new price will take effect immediately alongside the Wii U Zelda bundle previously announced. The Zelda bundle will include a 32gb hard drive, a Zelda-theme gamepad, a digital copy of The Legend of Zelda: The Wind Waker HD, and a digital copy of the Zelda Hyrule Historia book.

Reggie Fils-Aime, in an interview by IGN, has said the price point makes sense at this point in time. The steady flow of software is allowing Nintendo to lower the price point for their home console.

He is quoted saying: “The price decline is pretty straightforward Really, the focus on heightening the value for Wii U is now that we are in a position where we’ve got a regular pace of great software. Pikmin 3, New Super Luigi U that just launched physically, Wonderful 101 in September, and then Wind Waker. Then we’ve got strong third-party content coming for the holidays as well. Scribblenauts, Skylanders, Sonic Lost World, Call of Duty: Ghosts, Assassin’s Creed IV, Watch Dogs. So, strong pace of first-party, strong third-party content. Now’s the time to make the Wii U even more affordable and heighten the value.”

The Wii U has been struggling to find an audience since it made it’s debut last year. And with the announcement that the PS4 will only cost $400, $50 less than the Wii U, a price drop seemed pretty obvious. Whether or not this will help push units out only time will tell. But it will certainly help in some way.