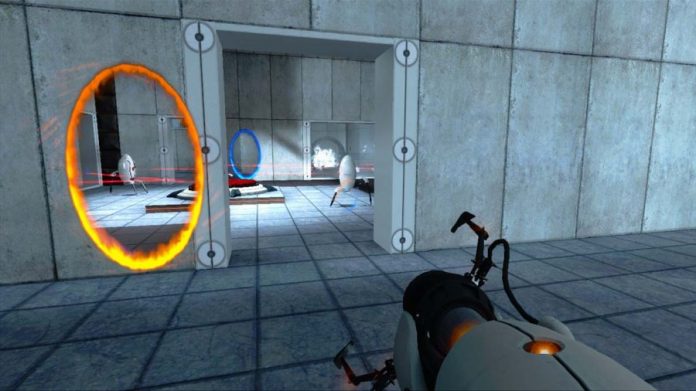 The Portal series is something very unusual in Triple A gaming titles; unique. Coming out of nothing more than an experiment by some of the guys at Valve behind Half Life 2, the original Portal game become something of a cult hit among the gaming community. So much so, in fact, that Valve were encouraged to develop a second iteration. And boy, was it good.

Portal 2 took the original mechanics of the first game, expanded the setting by a factor of 100, and created an astonishing gaming experience. I don’t need to go into the reviews of it here, there are plenty out there for those of you who haven’t tried it yet. (Seriously though, play it). But what is more staggering about the game, is how it appeals to every type of gamer.

Hardcore gamers love the puzzle-bending experieicne as much as the more mid-core gamers do, in much the same way as you could also say about games like Battlefield and Fifa. Sure, in terms of innovation there isn’t a lot to be said, but there’s still enormous fun to be had. Except Portal 2 isn’t like these others game. It’s incredibly innovative. There are other examples of first person puzzle platformers (the superb Antichamber immediately comes to mind), but usually these are more selective titles for the game connoisseur. Added to that, the superbly told narrative, wonderfully simple development in game, stunning level and sound design all create a game hardcore gamers can fall in love with straight away.

But what is most remarkable of all is how much it appeals to casual gamers too, and even younger gamers, learning there way in the gaming world. There’s no violence, no shooting, no destruction. Just puzzles, lots of puzzles. And yet, it still remains a game oozing with cool and charisma, a game you just want to play as soon as you look at it. It’s easy to access, simple to understand, and develops your lateral thinking skills. Anyone can pick up and play it, with no real gaming skill needed. That’s why people I know who aren’t really interested in games have completed Portal 2. Because its a perfect game for everyone.