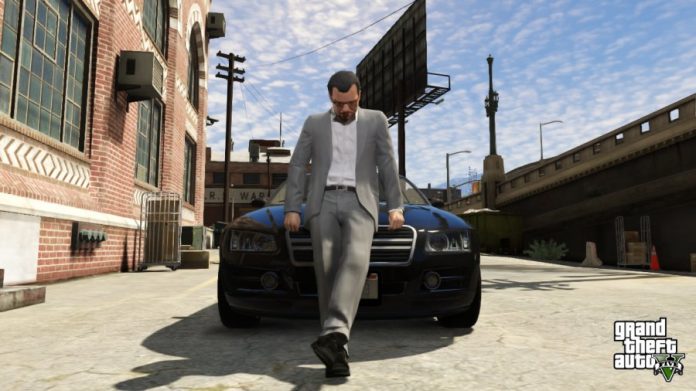 The wait is finally over – GTA V is here. I went to the midnight launch at my local Blockbuster and have spent about 12 hours playing so far. Here’s my first impressions.

GTA V is, in a word, incredible. I mean this quite literally. The technical achievement here – to have everything running on current-gen consoles and looking so damn good with so few framerate hiccups and such minimal pop-in – is almost beyond belief. Character animations have been massively improved and the protagonists feel like they have real weight and momentum, similar to Joel in ‘The Last of Us’. In fact, ‘The Last of Us’ is the only game on consoles that has anywhere near the same graphical fidelity as GTA V. The lighting, reflections and general effects have been revamped and, combined with the art direction, make a world you really enjoy inhabiting. Textures and certain models aren’t always super-detailed, but the lighting and attention to atmosphere bring the world to life more believably than in any game before.

This level of fidelity in a world this huge is beyond belief. Everything in the city is generally drenched in sunlight and it is so much nicer to look at than in GTA IV. I rarely felt like sitting in the taxi in Liberty City and looking at the sites, but in GTA V it’s an absolute pleasure. Los Santos at night is wonderfully reminiscent of Vice City, and the lights look particularly great from a top-down viewpoint when you switch characters as they cast orange and blue halos of light onto the street.

Los Santos is properly huge and the countryside off to the north is beyond vast. I had just settled into city life and completed a heist with Michael and Franklin when I was thrown into Trevor’s life and, well, the less said and the more experienced first hand about Trevor the better. Suffice to say he is as mad as you might imagine and probably twice as spiteful. You never know what he’s going to do next, but you know that it’s probably going to end with a lot of blood soaking into the dirt and dust of the countryside. Blaine County feels like it’s inside a different game to Los Santos. Instead of weaving through traffic and dealing with washed out stars and Michael’s dysfunctional family, you find yourself flying over hills on a dirt bike or hunting with a redneck. The rampage missions are back as well, with Trevor being tasked to kill a certain number of people within a time limit. When Trevor comes into the city it’s fascinating. It feels like he doesn’t belong – he is a force of chaos that has room to roam freely in the countryside. Cooping Trevor up in the city is sure to have explosive results. 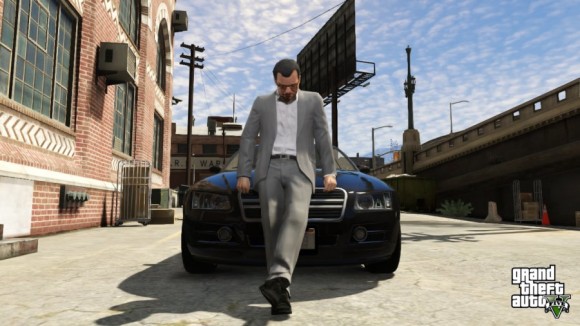 I could list the features and things you can do for pages, but you probably have a good idea of what is available. What I will say is that it is all brilliantly realized. GTA V feels like tens of games slammed together into one, yet it somehow feels cohesive and life-like. There may be a lot of fakery going on in the hills of Vinewood, but the world as a whole feels incredibly authentic. The driving mechanics are incredible and provide the most fun gameplay wise – and this coming from a fan of GTA IV’s heavy, low friction driving. Gun-play is improved but not quite as good as Max Payne 3, and I turned off the aim assists straight away as it does make targeting a little too easy for my liking. The music is uniformly great with a wide selection of stations that help you to immerse yourself in the world.

I’ve only talked about a tiny fraction of what I’ve seen and done in GTA V’s version of San Andreas, and my complaints are minimal. The photo app on the phone requires you to be connected to the internet and Rockstar Social Club in order to work and I’ve only managed to take and save one photo so far. I’ve decided to pretend that it’s some extra scathing satire from Rockstar, with fancy online integration not working properly and actually getting in the way. The tow truck missions are pretty dull, as is a short stint as a dock worker, but it does help to round out the world and the tow truck missions are optional. These are only tiny gripes, massively outweighed by the good and great around every corner.

I’ll have a full review for you all as soon as I finish the main storyline.