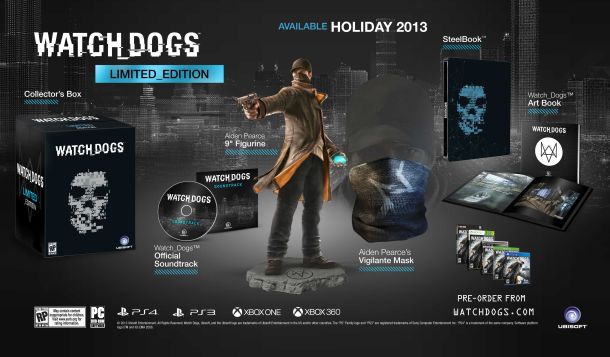 One of the most anticipated games for next generation consoles will feature a pretty snazzy limited edition bundle. It will run you $129.99 and is scheduled to release on November 19th in North America. The set will be available for PlayStation 4, Xbox One, Xbox 360, PlayStation 3 and PC copies of the game and I am sure that you all are excited to hear what it includes.

Along with a copy of the game, the bundle also has a:

Ubisoft announced this news earlier today. I really like that this one is going to include the official soundtrack because at times it is very difficult to hunt that music down for some games, especially if you are looking for a physical copy. Is all of this worth paying double what you would initially pay for the game? Probably not. Video games are rather expensive as it is and the only people that seem to go the extra mile for these bundles are true fans/collectors. Otherwise it seems like people get caught up in the hype and then they have a life sized Master Chief helmet hanging out in their closet. Be sure to check back for more Watch Dogs news as the release of the game draws nearer.