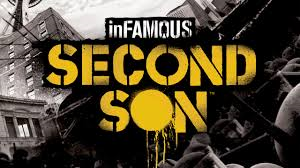 InFamous: Second Son has managed to hold onto top spot this week, despite a close battle with the likes of Metal Gear Solid and Titanfall.

Chart Track states that the gap between Second Son and Metal Gear Solid V: Ground Zeroes, which remains second this week, shrunk from 15,000 units down to only 3,000. That is miles compared to the separation between Ground Zeroes and Titanfall in third, with only 100 units between those two this week.

A retail promotion has helped put FIFA 14 back in the Top Five, climbing two places to fourth, whilst The LEGO Movie Videogame also sees a sales rise to lift it up to fifth this week from eighth.

Probably the biggest release of the week comes in at sixth place, with Diablo III: Reaper of Souls being the only new entry into the Top 10 this week. Be aware though that Chart Track does not include digital sales, which probably stops it from debuting higher.

South Park: The Stick of Truth drops down to seventh this week, while Call of Duty: Ghosts is another game feeling the benefit of a retail price-drop, which helps it rise back into the Top 10 into eighth.

Minecraft: Xbox 360 Edition is able to jump up a place to ninth whilst Final Fantasy X/X-2 HD Remaster almost slips out of the Top 10 in just its second week of release.

Elsewhere in the charts, the next highest new entry came from 3DS crossover game Professor Layton vs Phoenix Wright, which enters in 15th and MXGP: The Official Motocross Videogame enters the charts in 19th spot.

Next week sees The Elder Scrolls Online get its release; however will its chart position get hit by digital sales not being counted?