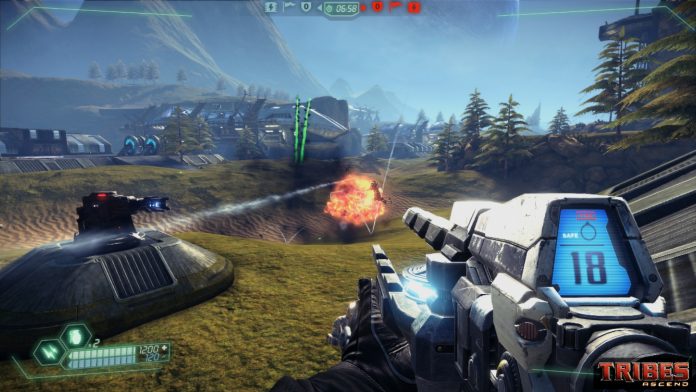 Tribes: Ascend is definitely one of the hardest games out there. Because of its difficulty, it’s really hard to get into. I was a fan of the original Tribes games as well as Tribes: Ascend for quite some time now.I want to share my knowledge of this game and help you become a better player. In this guide I want to focus on flag capping.

The key to surviving in Tribes is to always keep moving. Open up a training map, and get comfortable with combining your jetpack and skis.

Choose a class you want to play. For some reason, newcomers usually choose the Pathfinder class, which is one of the harder classes in the game. Pathfinder’s role is to capture flags or chase down the enemy flag cappers.

To quickly and efficiently move around the map, you can use the ‘’Nitron jump’’ technique. What you have to do, is basically throw a Nitron grenade right under or a little behind your character. Jumping right before the impact may also give you a better boosting angle.  Nitron  jump will give you a speed boost, but will also lower your health. For that matter, the Egocentric perk comes in handy. Egocentric perk reduces self-damage, which makes pathfinders job a lot easier.

Another extremely useful perk for Pathfiders is Reach. Reach increases the range at which you can grab the Flag. Sometimes when trying to cap the flag at high speeds you end up missing it just by a few inches…. which you wouldn’t if you had the Reach perk.

Before jumping into multiplayer, open a map you want to play in practice mod. Ski around the map and find a comfortable route for capturing the enemy flag. Memorize every slope and hill that you are going to use for maintaining speed. 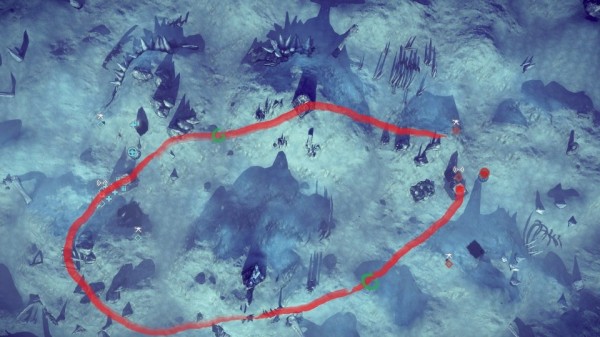 This is a very comfortable Blood Eagle capping route, which will be quite easy for newcomer. I marked the places where it is necessary to use the Nitron boost with green.

Tribes: Ascend is a game that you can’t master in just a few hours.  So if you want to become a descent player, take your time to learn and get comfortable with the mechanics of Tribes.