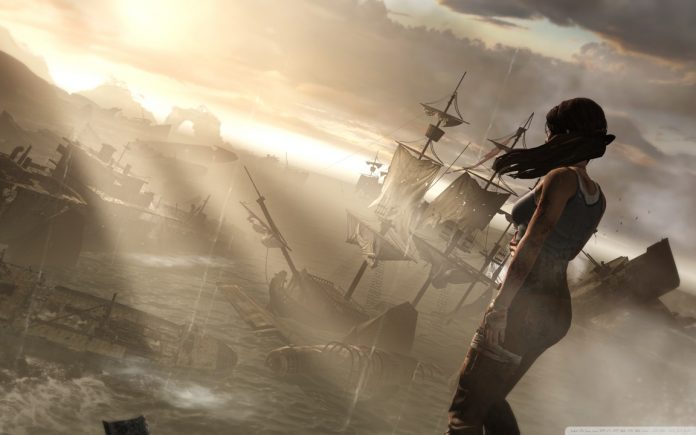 Most reviews around the internet describe the new Tomb Raider as a marvelous creation; one of the best action-adventure games ever made but nothing is truly perfect when it comes to video games. In fact, there are many events in the storyline that can decrease players’ immersion in the game. Tomb Raider’s global environment has a very high level of realism, every little detail has been carefully taken care of by Square Enix but when something is off, players really notice something has gone wrong. After all, it’s a normal process of cognition, when human beings are used to high standards, facing a lower one can easily break the mood. So, how and when does the game actually seem unrealistic?

I made up this definition for a very common tendency in Hollywood movies, which is clearly abused in Tomb Raider – the suddenly “everything breaks” syndrome; once the main character has passed by the world falls apart. I mean it’s a splendid dynamic feature and it boosts players’ excitement and immersion levels but when it’s abused it turns the game into some kind of predictable story. After you walk by, you’ll know that the stairs behind you will break, the bridge will fall or the path will crack, it really won’t be that enthusiastic anymore. 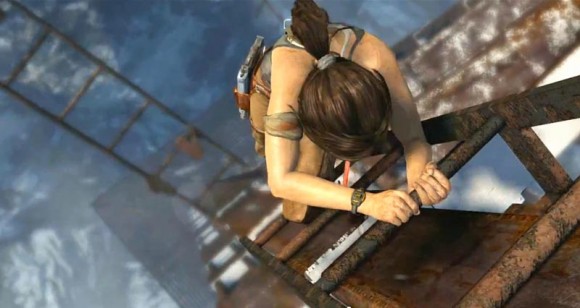 In some parts of the game, whenever you die you’ll always see the same death scene despite dying at different spots, isn’t that at least strange? For example, when you free fall from the river at the Mountain Village, every time you die during this fall you’ll see Lara getting stabbed on her throat by a wooden pike, no matter if you die at the beginning or at the very end of the river, quite unrealistic. I suppose Square Enix didn’t have enough time to create extra dying scenes. 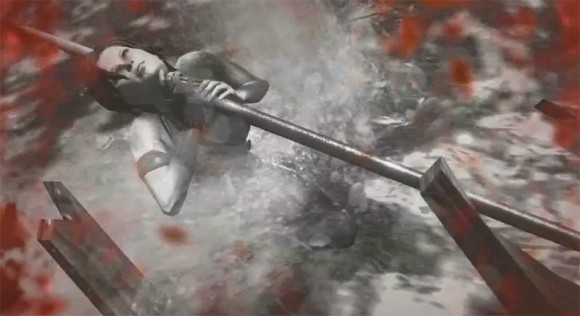 When looking at Lara’s display you can realize she has her tools on her waist, the picking axe, the radio, the pistol and the current weapon you choose to wear. However, the other weapons remain invisible – if you have your bow selected, the rifle and shotgun are not displayed. How can you switch weapons in combat if you’re not carrying them? For a well-constructed game this is a strong negative point, equipping invisible weapons has been solved in many other games already. 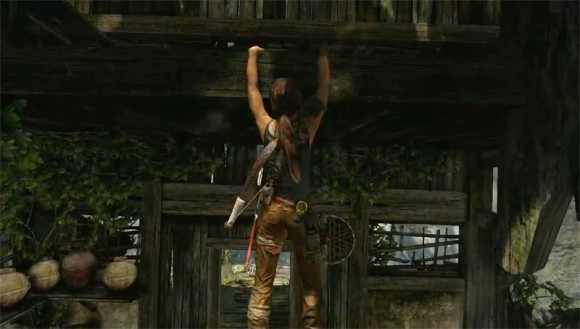 This is another issue relating invisible objects. Lara can collect all kind of things during her journey such as ancient artifacts, weapon parts and food but she doesn’t even wear a bag, so where does she store all those things? 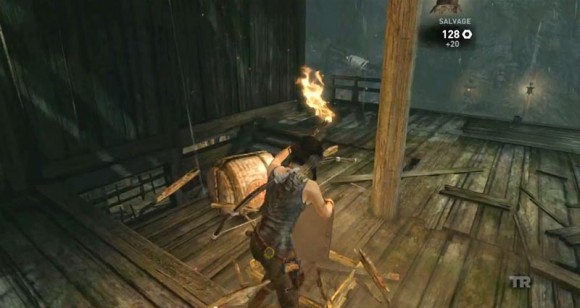 Lara’s radio is transcendent, perhaps a tool from the future, it survives water, dirt, high impacts and it still work properly, it doesn’t even get damaged. I surely want one of those, basically it’s indestructible. 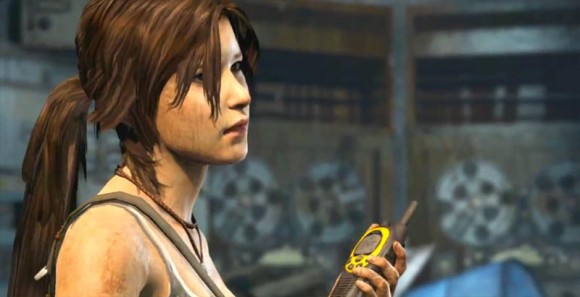 Alright, so this episode happens at the very start of the game and it absolutely got stuck on my mind. Lara was freezing and suddenly she saw an abandoned campfire and thought about lighting it up with her last fire lighter. I mean why would she have a phosphorus box in her pocket and with simply one unit left? It’s comical and ridiculous, a totally made-up episode. 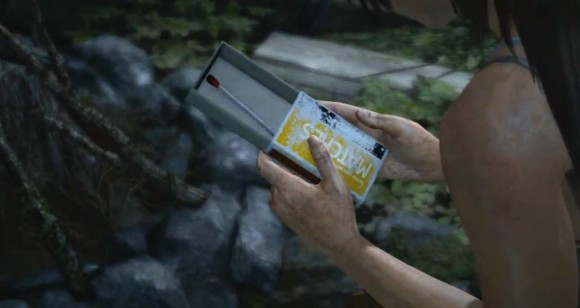 This one surely has been spotted before, Lara sometimes gets her body really bloody as if she’s bleeding all around from bruises and small wounds, however if you pay attention there are none. You can only see blood marks on her body but no real source. Square Enix didn’t have enough time to remake her body and fill it with real bruises? 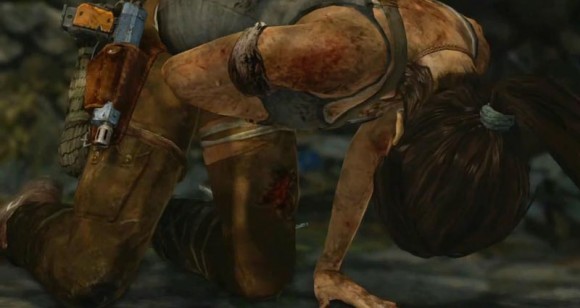 This one is flawless – Lara has to walk and swim on putrefied waters several times during the game, for example at the Shanty Town you’ll need to swim on rotting water, filled with dead corpses and on Geothermal Caverns you’ll have to walk on bloodied water. As it’s well known, Lara has open wounds all the way, making contact with such sources of infection would make her die within hours probably. 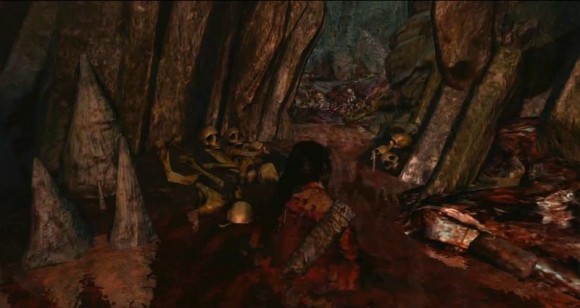