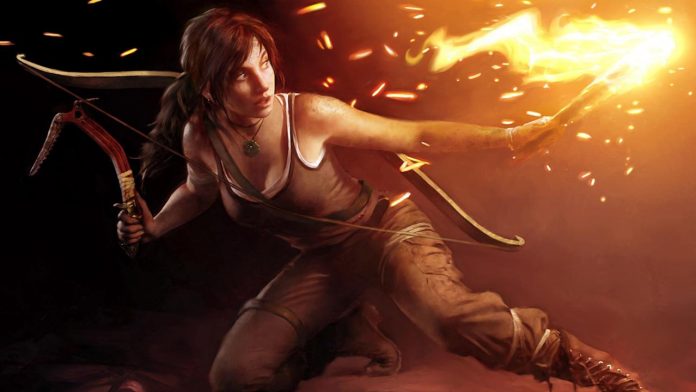 The new Tomb Raider’s ending doesn’t bring many surprises; as predictable Lara Croft is successful with her mission and manages to save Sam. The last mission should be the hardest, however the final bosses are not as challenging as expected. In fact, the hardest process to break free from this mysterious island concerns fighting several environmental conditions – jumping and climbing around can be extremely difficult at times while facing a windy and snowy climate, everything turns blurry and unstable. Defeating Mathias, the last and final opponent in Square Enix’s Tomb Rider, is merely a question of visual display and key spam, there’s no real fight included. Mathias is somewhat a mage, he is the responsible for the summoning ritual to bring Queen Himiko back; shouldn’t he be able to cast other magical abilities too? For a man with such power he should be able to at least cast defensive ones, it would make sense and the battle would have become much more interesting. Instead, Lara can simply stab with him her pickaxe and then shoot him down with several shoots. Saving Sam is another chain of visual cinematics; Lara once again stabs Himiko’s body with her torch and everything comes to an end, Sam is freed and the sunbeams break through the cloudy sky replacing the hostile climate that was stopping everyone from leaving the island.

In my opinion, the ending should have been more challenging, more difficult and more enigmatic. First, because it’s senseless that the hardest moment in the final moments is defeating the club beast. It’s certain that it’s a ruthless enemy with brute force but Mathias is the main villain of the story and he has magical powers, why doesn’t he stand as such? Perhaps, Square Enix thought that players had gone through enough during the entire journey, or maybe they simply didn’t have enough time to create a more challenging departure. Anyhow, both of those reasons seem very bizarre. A game’s ending always coincides with the hardest and most exciting moment of the whole process, if the final battle is easy and rushed it seems that every other tough moment that was experienced before loses its meaning – it was all for nothing in the end and how could minor enemies become a stiffer treat than their own boss, it’s simply senseless.

I think the answer to this very problem is in the whole game itself, this Tomb Raider’s remake is mostly about Lara Croft and her first steps in the mysterious world of tombs, myths and prophecies. The game has a strong and long plot featuring mainly action and battle scenes, while the adventure and tomb exploration is secondary and not as strong as in previous games. Riddles and logic are set aside; even the existing tombs are very easy compared to what players had to face before. So, I guess it’s completely normal that this version’s end is soft and moderate. After all, a survivor is born, not a hero. And survivors are exactly what Lara Croft is in this new Tomb Rider – she adapts, she learns, she evolves, she lives. She survived the island itself and all its environmental treats; she’s primarily a survivor but there’s also a hero inside her; defeating human opponents takes way more than just survival skills.