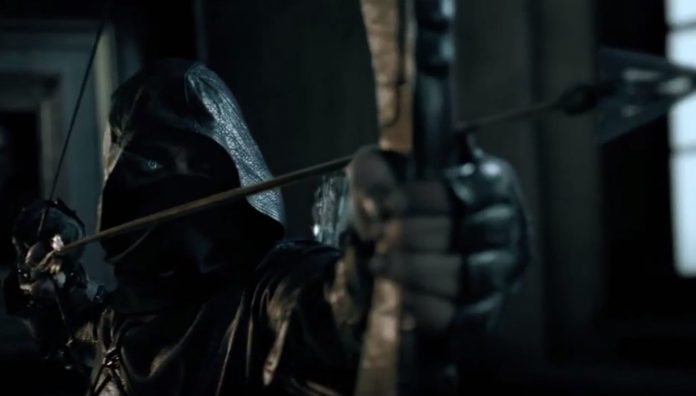 Garrett is well known for his stealth abilities but what would be of this anti-hero, if he didn’t have a bow? As in the previous versions of the Thief, the upcoming game by Square Enix will present a master thief and a master archer, stealing may be Garrett’s way of life but his bow is certainly his art of action. Recently, Eidos Montreal and Square Enix announced that Garrett will have at least five different arrows to use against his opponents, each one with its own specialties and features. The protagonist will be able to choose from blunt, broadhead, fire, rope and water arrows. This information may seem a bit hollow but in fact, it carries a high amount of information since it permits a quick preview of the upcoming skills. Certainly that Garrett will have many other abilities, including thief and stealth ones as revealed today, possibly further bow skills as well, but what’s currently known is that Garrett will have access to five distinct type of arrows, but what’s their purpose? What will each arrow most likely do?

When silence is most needed, the blunt arrows will be Garrett’s best friend, I suppose. In the previous Thief games, the moss arrow was known for disguising noises, but in the new version, Garrett will have blunt arrows instead, or so it appears to be. This type of arrow should be used to reach certain places without breaking a sound or to choke enemies without alarming the surrounding ones.

This will surely be Garrett’s main attack with the bow; the broadhead arrows are the standard bow shots used to injury or kill an enemy target. There is no real science on this one, shoot to kill, defend yourselves or charge at will.

The water arrows had an extremely flexible usage in previous Thief games; they could be used to kill zombies, fire elemental monsters or even extinguish light sources. In the new Thief, this type of arrow may keep its versatility, what’s for sure, though, is that fire places and candles won’t stand a chance against the water arrows.

With the opposite utility of water arrows, the fire projectiles can be used with two main purposes, inflict high amounts of damage or simply enlighten a certain place. Fire arrows are normally bombastic and they’ll probably be Garret’s strongest bow ability; however when this skill is casted enemies will be undoubtedly alarmed.

The traditional rope skill is one of the Thief’s marks, sliding from one point to another to escape or to achieve a hard spot without being seen is simply part of being a thief. Being present everywhere without being seen or noticed wouldn’t be possible without ropes. Square Enix introduced an interesting rope system in its Tomb Raider game, which will most likely be used in the upcoming Thief.