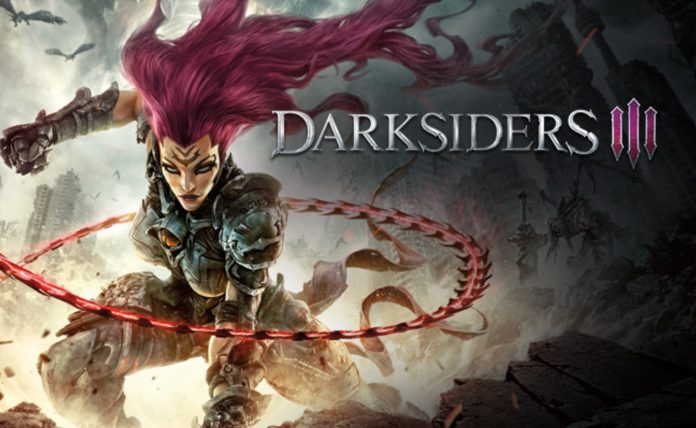 Shortly after the release of Darksiders II, the developer Vigil Games went defunct. Darksiders III is being developed by THQ Nordic and Gunfire Games, a new studio comprised of former Vigil Games members. The game is currently scheduled for a 2018 release on Playstation 4, Xbox One, and PC.

According to developer commentary, this game occurs at roughly the same time as the events of Darksiders II. This time players will step into the shoes of Fury, the sole sister to the Horsemen brothers. Armed with a razor sharp whip and elemental magic powers, Fury is supposedly the most powerful of the Four Horsemen.

Following War’s conviction and exile to Earth after the events of the first game, Fury is ordered by the Charred Council to hunt down the Seven Deadly Sins who are now ravaging a war-torn Earth. Much like the previous games, Darksiders III will feature fast and frantic hack’n’slash combat with a generous helping of exploration and puzzle solving. The developers have said that this time around the game will feature a open-world meaning exploration will be quite heavy.

While I haven’t played the second game, I enjoyed the first one a lot. It was a mish-mash of a bunch of mechanics borrowed from other games, and that’s not a bad thing! You had Zelda, Devil May Cry, Portal, and more thrown in and mixed together for one really fun experience. Above all I’m just glad the series isn’t dead. This series has a lot of potential and I’m excited for how the third game is going to turn out. Remember that there is still one more Horseman, so that means if every goes as planned there should be a fourth game as well! We’ll have more news as we get closer to 2018.